Home Entertainment Forza Horizon 5 Introduces Its Dynamic Weather; The Most Varied and Realistic... 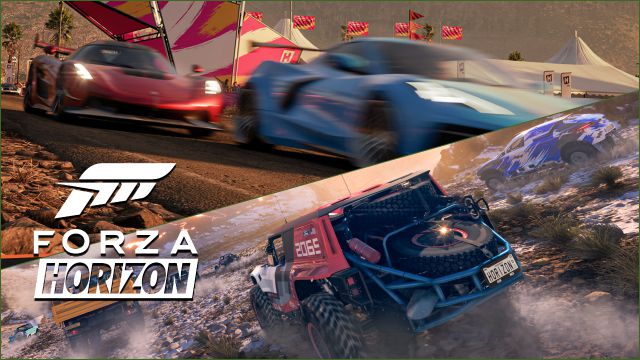 Forza Horizon 5: The Playground Games title will arrive this November on Xbox, Xbox Game Pass and PC with the aim of being the most extreme experience of the series.Playground Games has detailed what the advanced dynamic weather of Forza Horizon 5 will look like. After the seasons of Forza Horizon 4 and an approach to the changing weather during the game, this fifth episode of the series will go one step further and take advantage of the technological benefits of Xbox Series so that the Mexico that we will drive from that month of November feels more realistic and unpredictable than ever.

In a message posted on Twitter, Playground Games explains that “the best thing about Forza Horizon 5′s weather cycle is that it will be localized,” they begin by saying. This implies that the mapping – which will be 1.5 times larger than the Great Britain of its predecessor – will not be based on a single climate that will change uniformly throughout its geography, as it did in the past. Now, it is possible that in one place there is a sandstorm and, in another point of the map, a tropical storm while in the heart of the place the sun is shining brightly.

The variety of biomes and ecosystems was the main creative motive of the developers for Forza Horizon 5. This purpose is what led them to choose Mexico as the chosen territory, given that its range of atmospheres is very wide and, at times, extreme.

During the development process, the team has traveled to Mexico to record real shots of the environments that they will later reproduce in the video game. Those who play on Xbox Series X | S will be able to play with ray tracing enabled in Forzavista. All this, added to new game modes and navigation improvements, which they recognize was somewhat confusing in Forza Horizon 4, point to one of the most promising titles of the season in the Xbox universe.

Forza Horzion 5 will run in native 4K resolution at 30 FPS on Xbox Series X; Although there will be a way to enjoy it in 4K resolution (we do not know if dynamic) at 60 FPS at the expense of ray tracing. Players who subscribe to Xbox Game Pass will be able to start playing on November 9 on Xbox One, Windows 10 PC, and Xbox Series X | S. These are your requirements on PC.