Home Entertainment Forza Horizon 5 Has Over 2000 Skies Settings; In Search of Realism 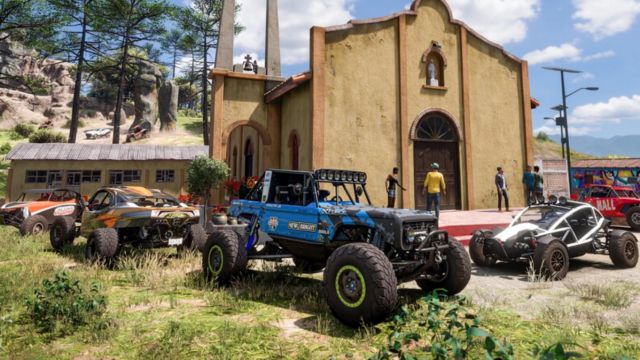 Forza Horizon 5: Playground Games traveled to Mexico to record hundreds of hours of photographs of the country’s real sky; then converted into 12K resolution images.Playground Games wants to make Forza Horizon 5 the most realistic and vivid title in the entire series. The British Xbox Game Studios team traveled to Mexico with several members of the studio to record more than 400 hours of the sky of the American country through photographs taken every 30 seconds; then converted into 12K resolution images. The result is none other than more than 2000 predefined sky configurations.

For its part, Forza Horizon 4 featured 300 presets for the UK sky. This was explained by Lukas Koelz, head of animation in the artistic lighting department of Playground Games, in the second episode of Forza Horizon 5: Let’s Go! (via VGC). In fact, those 400 hours of photos weighed so much that it was not possible to upload them through cloud backups from Mexico. They opted, therefore, for a local storage with hard drives distributed for those 75 TB.

A heaven of 75 TB of weight; the result of more than 400 hours of recording

“Compared to [Forza] Horizon 4, the best way to explain it is with the weather presets we have,” explained artist Lukas Koelz. “When the user creates a custom run, he can choose to run at noon in the rain, for example, or during a clear evening. In Forza Horizon 4, the system would pick a preset from our skies to give them their pick, and we had around 300 of them. This time we have more than 2000, so there is much more variety, and in free mode, of course, you can also experience it, “he adds.

As we learned days ago, Forza Horizon 5 weather will be dynamic and regional, not total for the entire map of Mexico. This scenario, which will be 1.5 times larger than the one in Forza Horizon 4, will have points where a sandstorm may be taking place; while elsewhere there may be a tropical storm. And so on constantly. “It’s something we’ve never done in a [Forza] Horizon game,” argues Don Arceta, art director.

Volcanoes, mountains, waterfalls, storms, sand, water, asphalt … Forza Horizon 5 is presented as the most varied title – also in content, with new game modes – of the entire series. The game will launch on Xbox Series X | S, Xbox One, Windows 10 PC, and Xbox Game Pass on November 9, 2021.