Home Entertainment Forza Horizon 5 Can Now Be Preloaded On Xbox And PC, How... 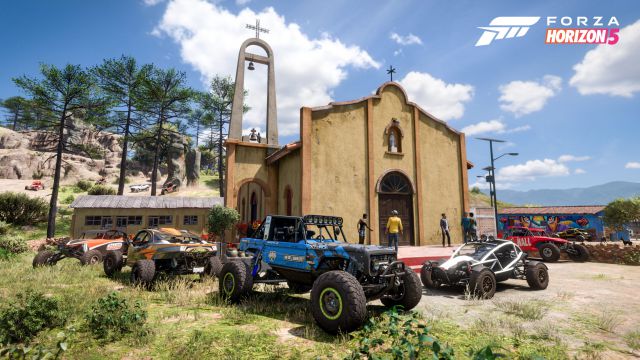 Forza Horizon 5: The arcade driving game from Playground Games takes us through Mexico at the wheel of our cars. The time has almost come to get behind the wheel, explore the Mexican roads and have a sensational experience in the car. Before being able to press the accelerator it is important to check the engine and the wheels so that everything flows as it should. And in those we are with Forza Horizon 5, the long-awaited video game from Playground Games, which will burn the roads very soon. Players who want to have everything ready can now pre-download the game, as reported by the study itself on its official website.

“This week we tell you that Forza Horizon 5 is already gold,” begins the statement, which refers to the fact that development has already concluded. The title is now in its duplication phase for physical copies as they prepare for a digital release. “The team has started preloading on Xbox and Windows. This means that from today you can download the full game and ensure that you are fully prepared to experience Mexico from launch day without any delay. ”

The pre-download, yes, is not currently available on Steam. Playground specifies that they will announce the date on social networks soon.

This is what Forza Horizon 5 occupies on each platform

The developer has asked users to take a look at what the file occupies to check if they have enough space to download. It should be noted that on all platforms it is above 100 GB, but below we offer you the list with the exact weight in each of the systems:

Forza Horizon 5 will be released on November 9 on Xbox One, Xbox Series X and Xbox Series S. Of course, it will also be available from day one to all Xbox Game Pass subscribers.

Meet Me @ The Altar Announced The Debut Album “Past //...