Home Entertainment Forza Horizon 5 Becomes The Best Premiere In Xbox History During Its... 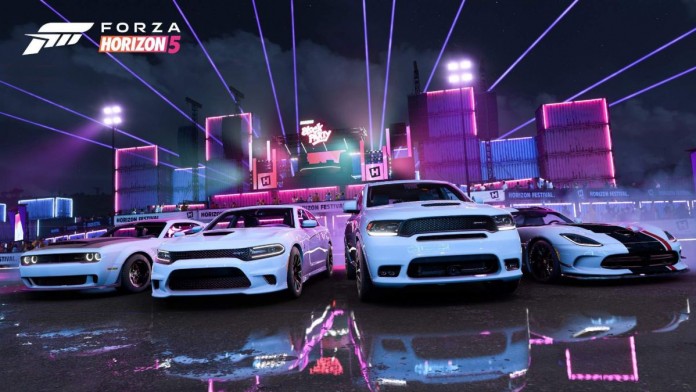 Forza Horizon 5: The title developed by Playground Games sweeps at high speed and attracts a mass of players to its arcade driving game. Mexico like you’ve never seen it before, with your hands on the wheel and your foot on the accelerator. If the sandstorm doesn’t blow you up, Forza Horizon 5 has a festival to celebrate, but also a triumph when it comes to the number of players. The official account of the video game has published a tweet in which they confirm that their driving adventure already has the support of 10 million players, a spectacular figure that denotes the good health of the Playground Games saga and that raises it to the highest high in the platform’s launch history.

According to the message, these numbers constitute a record: “Many thanks to the more than 10 million fans of Forza Horizon 5 for the first best week in the history of Xbox and Xbox Game Pass,” they celebrate. The launch of the title has been backed by a good reception from both national and international critics.

Some users have sadly found that they cannot use their own name in Forza Horizon 5. This is because the word filter censoring certain words to prevent players from using foul language. The problem is that the system does not allow to choose certain names of Arabic origin, something that some developers have denounced, as in the case of Osama Dorias, senior designer at Warner Bros. Games.

Microsoft, for its part, has notified that it is aware of the error and that it is “working on a solution” that appropriately adjusts the content moderation. At the moment, they have not revealed when they will fix the mistake, so we will have to wait for future official communications.

Forza Horizon 5 is available on Xbox One, Xbox Series X, Xbox Series S, and PC. In addition, Xbox Game Pass subscribers can enjoy all the content from day one.

It Is Reported That OMEGA X Booked a Flight to Korea...