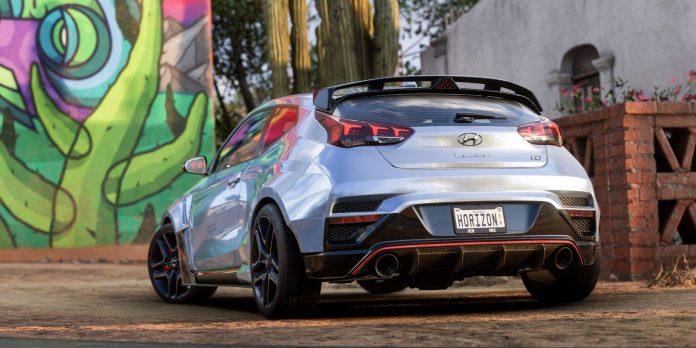 Later this week, on September 15th, Forza Horizon 5 will get a substantial new content update with a bunch of new cars, car customizations, character customizations and more. The latest in a long line of free add-ons to an already massive open-world racing game, headlining this update is a new seasonal adventure Horizon Road Trip, inviting players to re-explore Mexico.

The launch of the 12th installment of Forza Horizon 5 seasonal content is dedicated to touring cars, with some of this season’s championship events being longer than ever before. Players can expect to unlock five brand new vehicles with less restrictive PR moves. Generally, Playground Games seem to allow players to solve seasonal challenges using more cars from their garages than usual, although racing can also be more challenging than usual.

Three new cars have been added to the significant list of vehicles of the game: the Audi RS e-tron and RS 7 models of 2021, as well as the new Lynk & Co 03+. At the same time, the 1991 Bentley Turbo R and the 2018 NISMO Sentra are now also available, returning from older Forza Horizon games. While it’s unlikely that any of these cars will become one of the fastest cars in Forza Horizon 5, they should prove great for lower-level racing and regular cruises, as well as being extremely rare and coveted collectibles. Along with the new cars, the FH5 also adds several new body kit options for existing cars and hearing aid settings for player avatars.

After the release of the famous Hot Wheels DLC for Forza Horizon 5, Playground Games did not miss a second, continuing to regularly release basic game content that may be more attractive in nature for ordinary car fans. As fun as Hot Wheels content is on its own, it relies heavily on the arcade side of the game, while regular season content like Horizon Road Trip Adventure should satisfy those who prefer Forza when it’s a little more realistic.

By now, it’s clear that there will be new cars in Forza Horizon 5 for the foreseeable future, but some believe that there should be fewer cars in the upcoming Forza Motorsport instead. In particular, if Horizon games appeal to collectors and amateur drivers, Motorsport should focus on creating a comprehensive simulation of each of its cars. Forza Motorsport 7 had over 700 unique cars before the game was completed, which may not be an easy requirement for an over-detailed simulator.

Be that as it may, Forza Horizon 5 is slowly but surely adding more cars to its list over time, making it likely that it will eventually become one of the biggest, most comprehensive and best open-world racing games of all time. . There will definitely be more cars and body kits in the future, but players should have a lot of work to do when season 12 starts on September 15.

Forza Horizon 5 is available on PC, Xbox One and Xbox Series X/S.

Simon Pegg Says the Star Wars Fan Base Is the Most...