Home Entertainment Forza Horizon 4 Will Stop Receiving New Vehicles, But Will Continue To... 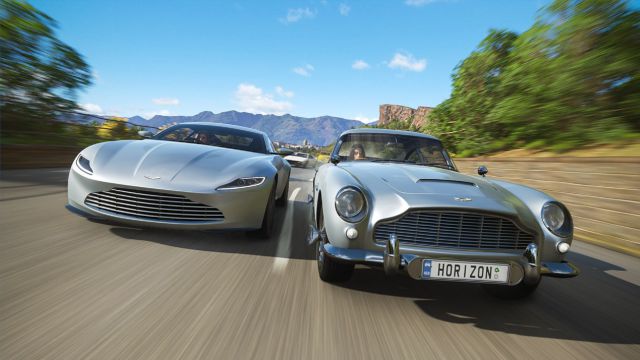 Forza Horizon 4: Playground Games turns its attention to the next installment in the series, which will go on sale this year for Xbox and PC.The cars in Forza Horizon 4 have already traveled hundreds and hundreds of miles. After several years of post-launch support, Playground Games will stop producing new content for the video game, which recently received its next-generation version on Xbox Series X and Xbox Series S. Little by little, the development team is migrating towards Forza Horizon 5, the new video game in the series, something that producer Tom Butcher has commented on in an update of the Forza Monthly Show, in which he has revealed that they do not plan to add more cars.

“With the launch of Forza Horizon 5 as our priority for the next few months, we have made some changes to the monthly updates of Forza Horizon 4,” he commented. “Beginning with Update 38, players familiar with the game will begin to see the return of content from Series 7 through 32. Think of this as a mix, starring the return of some of your favorite content combined with some recently added features.” .

Butcher has also pointed out that Playground Games has no intention of adding more vehicles or features “in the coming months”, although he emphasizes that there will be new updates designed so that the title “continues to be a fun experience.” There will also be “photography challenges, rewards” and news in the Forzathon Shop, among other novelties.

Mexico, just around the corner

Forza Horizon 5 is set in Mexico. The video game was announced during the Xbox conference at E3 2021, where both the first trailer and the first gameplay videos were shown. In a Twitter message, the study has also detailed how dynamic weather will work, a characteristic that will allow different meteorological phenomena to occur in different parts of the territory. On the other hand, the overall size of the map will also be larger than the previous installment. From the study they promise that it will be 1.5 times bigger than the Great Britain of Forza Horizon 4.

Forza Horizon 4 is available on Xbox One, Xbox Series X and Xbox Series S. The next video game in the series will be released on these platforms (day 1 on Xbox Game Pass) on November 9.