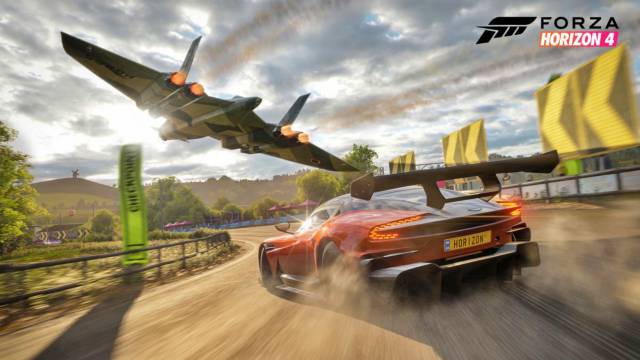 The successful Playground Games title will go on sale in Valve’s digital store with all the contents of the original. Price to be determined.

Forza Horizon 4 is coming to Steam on March 9. The award-winning title, considered by many to be the best iteration of the series, will accelerate on Valve’s digital portal in a few weeks, keeping everything that is part of the title on Xbox and Windows 10, where it is also part of the Xbox Game Pass catalog. This version will maintain cross-play, so Steam players will share servers with those of the other platforms.

It will be said March 9 when Forza Horizon 4 Great Britain experiences a severe spike in active players in online games thanks to cross-play. Since last 2018, the Horizon Festival has been gaining followers based on updates. Some are free, such as vehicles or modes like the battle royale The Eliminator and Super7; other paid ones, such as the celebrated Fortune Island and LEGO Speed ​​Champions, which are sold separately and will also remain independent on Steam at prices to be determined. Those who reserve it will receive different additional incentives, such as cars (Standard Edition), the Car Pass (Deluxe Edition) or expansions (Ultimate Edition).

According to Microsoft, Forza Horizon 4 currently has “millions of monthly users.” The last concrete official data offered dates from August 2019, when it was reported that the title reached 12 million players; the second biggest hit of the generation for Xbox Game Studios, surpassed only by Sea of ​​Thieves’ 15 million players.

Neither the Microsoft portal nor the official Steam website has determined the price of Forza Horizon 4. Its retail price will be known soon; Meanwhile, the only reference we have is that of the sale of the title via Microsoft Store, where it has a price of 64.99 euros in its standard version (32.49 euros until February 16 for a current promotion of 50% off right now).