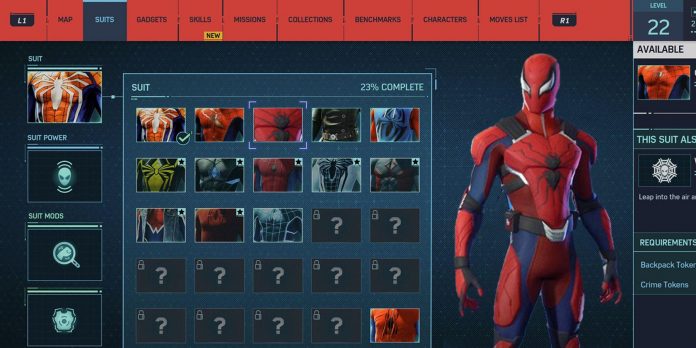 Following the success of the crossover between Fortnite and Marvel during Chapter 2, Epic Games continued to work with Marvel to add more exciting content to the popular Battle Royale game. This includes skins like Scarlet Witch and Doctor Strange, and Spider-Man web shooters have also been in-game items for a while. Speaking of the webhead, another hero skin was recently added to the game.

Unlike No Way Home costumes or comic book inspired costumes, this costume is a completely original creation. He serves as a link to the new Fortnite and Marvel Zero War crossover comic, in which the Spider puts on a bright armored suit. Although players were able to unlock the outfit with some codes to purchase the first issue and can currently buy it in the item store, it would be great to see it reappear in the next Spider-Man single player game.

The potential of Fortnite and Marvel’s Spider-Man crossover

Assuming that the costume line in Marvel’s Spider-Man 2 is focused on introducing brand new costumes rather than bringing back the previous ones, the Zero War suit will be a great replacement for Spider Armor Mark 3. These two suits have a similar design to Fortnite Zero War. The costume is mainly distinguished by the use of blue and the unique eye pattern on the Spider helmet. Most fans will agree that the outfit is aesthetically pleasing, so having another gorgeous costume in Marvel’s Spider-Man 2 would be fun enough in itself.

However, as Marvel’s Spider-Man fans know, the costumes in Insomniac games have unique abilities. This allowed players to emulate Miles Morales in the original Marvel Spider-Man and wield the legs of the Iron Spider, and assuming the next game brings back this mechanic, the Zero War suit could have a truly unique suit ability. The suit can allow players to craft items like in Fortnite, and while this construction mechanic may be limited to some silly finishing moves, it would be very funny to see the origin of the suit mentioned using a Fortnite-inspired suit ability.

However, this crossover can work both ways: the iconic Advanced Suit from Marvel’s Spider-Man will also end up in Fortnite. Considering that Fortnite has already crossed paths with Uncharted, Horizon and God of War, it wouldn’t be a shock if another exclusive franchise for PlayStation gets some kind of representation on The Island. In addition, Spider-Man already has so many skins in Fortnite that the improved Insomniac costume and its white spider symbol will fit perfectly, becoming one of the many stylish options from which players can choose.

The costume collection in Marvel’s original Spider-Man was not afraid to take the Spider-Man media from all sides, including costumes from every adaptation of the live action movie and Spider-Man: Across the Universes. In the sequel, it would be nice to see costumes from other video games that will help expand the list. The Fortnite Zero War skin may open the door for this concept, and costumes from other games will follow suit.

The unique Spider costume from Marvel’s “Midnight Sun” is a possible costume whose potential ability provides a limited form of turn—based combat. Marvel’s Avengers Spider-Man costume may also appear, and his costume ability may make fun of the slow rocking and moving of this game. However, of all the original Spider images in the latest video games, the Zero War costume will probably become the most popular. Thus, it should be the first of many Marvel’s Spider-Man 2 costumes taken from other video games.