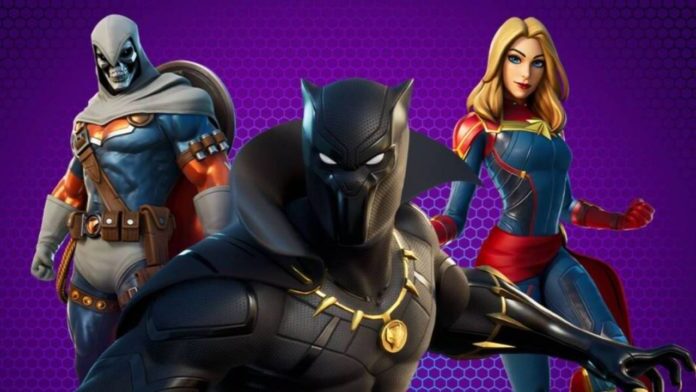 The Marvel Royalty & Warriors Pack, released for Fortnite, introduces new superheroes for players. The star of the $ 24.99 package is Black Panther, while Captain Marvel and Taskmaster are among the options offered to players.

The arrival of Black Panther was signaled by Epic Games with the addition of the Salute Wakanda movement to the game. This greeting remained on the agenda for a long time after the release of Black Panther in 2018 and became a part of popular culture. Black Panther had an impressive box office gross of $ 1.35 billion.

In Fortnite’s previous Marvel-themed season, a large Black Panther statue appeared on the map. In addition, players were able to find the Black Panther superpower. However, this superhero’s special costume was not added to the game. It seems likely that the removal of this costume last season was delayed due to the death of the movie’s star, Chadwick Boseman. Although Marvel plans to release the sequel to Black Panther in 2022, it has announced that it will not play the role of Boseman on another actor.

In its new season, Fortnite includes other elements of popular culture and game world besides Marvel characters. Two characters from the Star Wars universe, The Mandalorian and Baby Yoda, Halo’s Master Chief, God of War’s Kratos, and The Walking Dead await players in the game.