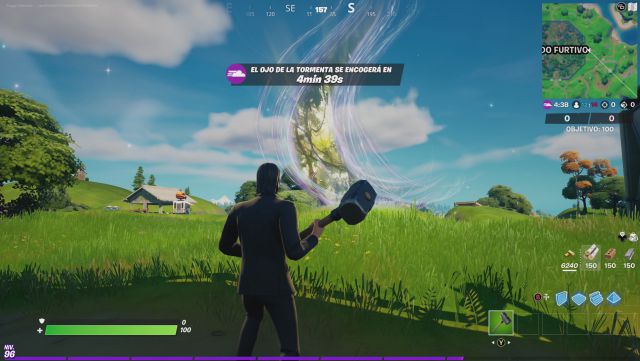 The Predator skin is coming to Fortnite soon. To herald their arrival, a portal has appeared on the game’s island, next to the Rogue Hold.

On January 19 at 3:00 p.m. CET there was a curious change in the Fortnite map. The Zero Point opened another portal at a specific point in it. Through this portal will arrive the Predator, the secret skin of the current season of Fortnite Battle Royale and one of its Mysterious Rewards. We tell you everything we know about this little piece of history from Season 5 of the Battle Pass of Fortnite Chapter 2:

Fortnite: a portal to the Predator / Predator world appears

See Also
Where are the apple and tomato boxes in Fortnite?

A Critical Vulnerability Discovered in the Popular WordPress Theme Plugin

Skype grows as it grows due to Corona virus