Home Entertainment Fortnite: what is Accolade XP and how to earn it 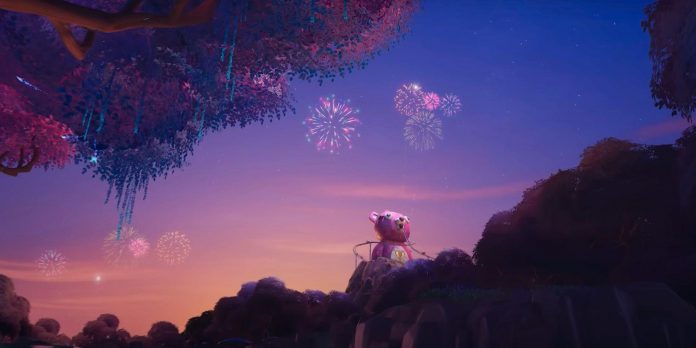 With the launch of Fortnite Chapter 3 Season 3, a number of changes were made to the XP accrual rate. These adjustments were met with concern by some players who felt that leveling levels took too much time. Developer Epic Games decided to try to solve this problem by doubling the Accolade XP in Fortnite, although some fans may not know exactly what it is and how it is earned.

What is Accolade XP in Fortnite

Simply put, Accolade XP is XP that is earned for performing simple actions during matches. These actions include opening chests, discovering locations, taming animals, and collecting reality fruits in Fortnite, and indeed, players should now get a double experience every time they perform them. While this may not seem like much of an increase, the additional experience will certainly accumulate as fans continue to play matches throughout the season.

It should be noted that there is one very important type of XP that is not considered Accolade XP, and that is XP, which is awarded for completing quests in Fortnite. This means that the Accolade XP buff did not affect the test experience, and this may disappoint some fans a little. Indeed, it may seem to some players that switching to Accolade XP is a step in the right direction, but more drastic measures need to be taken to improve the pumping process.

Another thing to mention is that Epic Games also provided a “Supercharged XP boost” along with an adjustment that was made to Accolade XP. Thus, players should see a significant increase in experience during the first few matches after the change, as they will receive this supercharged experience. However, this accelerated acquisition rate will be temporary, as fans will likely only get a few levels in the Fortnite Season 3 battle pass, Chapter 3, before Supercharged XP runs out.

For those players who are curious, it takes 7,920,000 XP to reach Level 100, and 15,920,000 XP to reach Level 200 in Chapter 3, Season 3. This is definitely a huge amount of XP, and fans shouldn’t expect to earn it all just through Accolade XP. . Indeed, players who are interested in reaching these levels before the end of the season will need to put some effort into completing daily, weekly and intermediate quests, and they may even want to spend some time in Fortnite’s creative mode.

Kimetsu no Yaiba: The Infinite Train confirms its premiere date in...