Season 4 of the Fortnite Chapter 2 Battle Pass is here, and it has brought with it a new map. In this section of our complete Fortnite Battle Royale guide we show you what the new island is like:

Fortnite: this is the new map of Season 4 of Chapter 2

Marvel heroes and villains arrive on the island of Fortnite Battle Royale during Season 4 of the Battle Pass: War for the Nexus. How could it be otherwise, the island has changed to host these new characters. Below you have the appearance of the island on the day the season began, on August 27, 2020:

This is the list of named locations on the map during the beginning of Season 4: 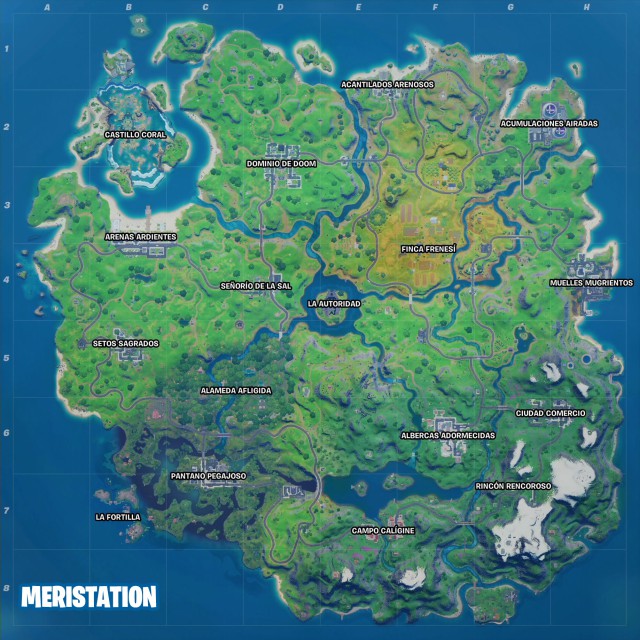 Platform Patituerta, which were the remains of The Platform from Season 2 of Fortnite Chapter 2, has completely disappeared in Season 4. Also, La Fortilla, SPECTRUM’s base of operations during Season 3 has been partially destroyed.

Pleasant Park has been replaced by Doom’s Domain, in which Doctor Doom has established his base of operations. This place is based on the fictional country Latveria; In Marvel comics this is the home country of Victor von Doom, who dominates this European region with an iron fist. Doom here has his own minions, who will make things difficult for us. In addition, he will also use his Arcane Gauntlets and his Mystic Bomb against us. If we eliminate him, we can obtain these powerful mythical weapons.

Jennifer Lopez had to be picked up by her dancers in...

How to make video call with several people on the computer

BTS remembers their beginnings with this trip to the past

How to watch FC Barcelona – Napoli in Champions online

Scientists Will Observe Whales from Space