Home Entertainment Fortnite: the venue of the “Jump off the springboard” test 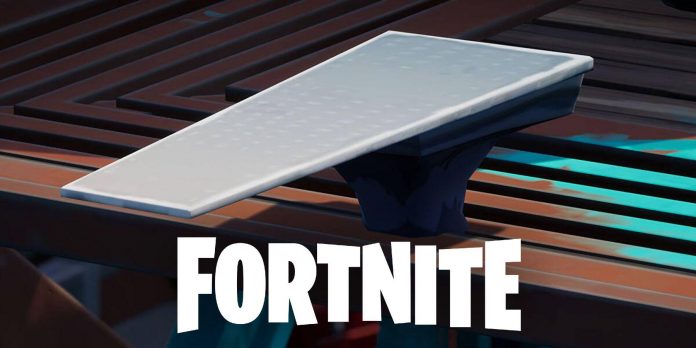 Fortnite is once again releasing a new set of quests that players can complete in exchange for large chunks of XP. One of the latest quests requires players to jump off a springboard three times somewhere on the island. Although this is a fairly simple task, knowing exactly where the jumps are can mean the difference between an early elimination or a possible victory.

The extremely popular free battle royale game from Epic Games is now in the last few days of the first month of the third season of Chapter 3. The new season of “Vibin” gives the island a little transformation in the style of a summer festival. with named places, such as Rave Cave, which give the former IO fortress a free look. Fortnite has also recently added new Naruto skins and cosmetics aimed at Naruto rivals such as Gaara, Itachi and Orochimaru.

RELATED: Fortnite: How to Get Weapons from “Star Wars”

Fortnite’s quest directive on ski jumping seems simple, but it becomes much more difficult when you consider how difficult it is to find them naturally.

The map below shows where players can find one of the jumping boards, and the easiest way to do this is in the area of Lake Loot. Two jumps can be found to the east of Loot Landing, and two more are located to the north and east at the end of the respective docks for Floatie’s Boats and Ridgeline Ranger Station.

It is important to note that players must jump from the springboard at least three times. Fortunately, this doesn’t have to be done in three different locations, which means that players can just jump off the same board until the quest is completed. Alternatively, there are several jumps to the southern end of the map, with jumps found east of the Condo Canyon gas station and directly south of the eastern edge of the Rocky Reels.

Another suitable place where Fortnite players can jump off the springboard is next to the Reality Waterfall. In the new biome, home to new reality seeds and reality sprouts, there are two ski jumping spots; one northwest of the main Reality Tree, and the other on the coast between Beach Bash and Cappy Cabin.

Players don’t need to interact with trampolines to use them; just jump on them to bounce in the air, like a water lily or a stack of tires.

After the players jump from the springboard three times, the quest will be completed. Jumping off the springboard, players can jump into the Naruto Nindo Trials, which appeared along with new rival skins.

Fear The Walking Dead: All About Season 7 Premiere