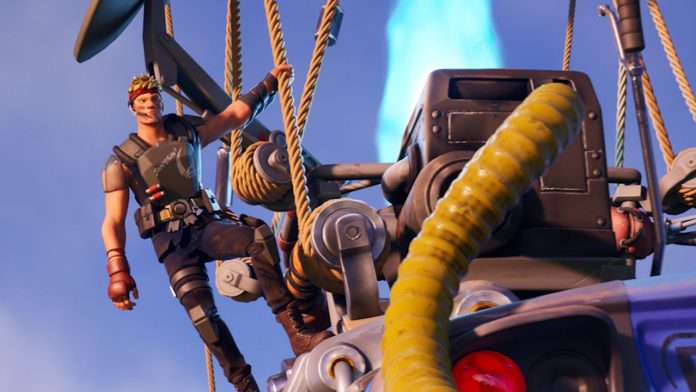 The Russo Brothers, whom we know from Marvel movies, directed the trailer for Fortnite Episode 2 Season 6: Primal. Working with Epic Games for the last episode of the popular battle royale game, the duo made a very talkative cinematic opening.

Anthony and Joseph Russo are on the agenda with their Cherry movie, which they shot for Apple TV + recently. While the production starring Tom Holland attracted great attention in cinephile circles; The director brothers have now come up with an interesting study. The cinematic Fortnite trailer they shot was talked about a lot on social media. Filmmakers we know with Marvel movies such as the Avengers series and Captain America took part in such a project for the first time in their careers.

The Zero Crisis Finale season has already been met with enthusiasm by Fortnite players. The first presentation of the episode featuring Agent Jones’ one-off event has already been watched by more than 5 million users on YouTube. However, during the 3-minute video, new characters to join the game this season were unfortunately not shown. Because many football fans were curious about Neymar’s coming to Fortnite recently.

Considering the collaborations between Epic Games and Marvel in the past; Actually, such a Hollywood touch was not surprising. Thanos character of Avengers: Infinity War movie first appeared in Fortnite in 2018. Among the characters added to the game this month are various superheroes from Marvel. With the current Russo Brothers surprise, this partnership is now becoming more apparent.

Russo Brothers, who came before their fans after this magnificent trailer, mentioned that working with the Epic Games team was great. Emphasizing that Fortnite has a unique place in popular culture, the filmmakers said:

“Epic’s lead creator, Donald Mustard, continues to take us all into uncharted territory. We think he’s a visionary storyteller. ”

Immediately after the Russo’s, a statement came from Donald Mustard. The creative director of the game stated that he was very lucky to meet Joe and Anthony Russo early. “It wasn’t like we had become new friends. I seemed to have found a missing family member, ”Mustard explained his love for them, underlining that they had a common vision. These remarks have brought to many Fortnite fans the idea that new joint projects are on the way.

Twitter Will Let You Control The Video Playback Speed