Home Entertainment Fortnite reveals the theme of the 3rd chapter of the 4th season,... 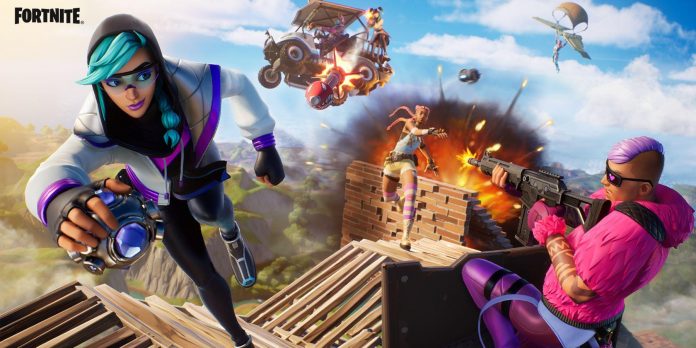 Epic Games has introduced the official Fortnite Chapter 3 Season 4 theme. Each season of Fortnite had its own theme, dating back to the slogan of the very first season, “First Flight”. The theme usually prioritizes cool sounding in the first place, hinting at changes in the battle royale or elements of the story. In other words, the Fortnite Chapter 3 Season 4 theme won’t spoil what’s coming next season, but it should cause excitement on the eve of the Fortnite seasonal transition.

For the past two weeks Fortnite has been teasing the upcoming seasonal change, although all the tweets have now been deleted confusingly. The teasers showed a puddle of chrome liquid with an outstretched hand, as if they were drowning in the liquid. The hands belong to different characters, although the only recognizable hand belonged to Spider-Gwen. Other teasers included chrome dripping onto a cereal box and other items.

The official theme of Fortnite Chapter 3 Season 4 is Paradise. The official teaser shows the Fortnite logo, as well as the word “Paradise” in capital letters, hovering over what looks like a puddle of iridescent chrome liquid. There is no real clue as to what kind of liquid it is or how the topic is related to it. Fortnite players will just have to figure it out on their own.

The third season of Fortnite, Chapter 3, will be shut down on Saturday evening at 23:00 Pacific time or early Sunday morning at 2:00 Eastern time. Exactly when the servers will return to the network in season 4 is not entirely clear, but Fortnite players can expect a new Season 4 trailer and an accompanying battle pass video as soon as season 3 ends. Trailers should reveal a lot of surprises on which the 4th season of Fortnite Chapter 3 will be based.

Paradise implies that the island on which Fortnite is based will be the perfect place for fun, perhaps a continuation of the Vibin theme of season 3. The past history of Fortnite conflicts, not to mention teasers with characters drowning in chrome, implies that paradise can be an ironic topic.

After the expanded Season 3 over the summer, Fortnite players probably won’t worry too much about the Season 4 theme. It will just be good if something happens in the history of Fortnite again, and the world moves forward. Paradise in this regard is an appropriate name, since paradise for Fortnite players is new content.