The Epic Games Store launched the new season of Fortnite, called Primal, and the battle pass brings as one of the highlights the character Lara Croft. Anyone who buys the Season Pass will be able to reward some visuals inspired by the iconic protagonist of Tomb Raider, including a skin with a classic PS1 look.

According to Push Square, players can get up to four different skins for the character. In addition to the look inspired by the classic Lara edition, the game also features a version inspired by the most recent trilogy of Tomb Raider, as well as a costume made especially for battle royale.

Finally, Fortnite also features a golden version of Lara Croft. The look follows the patterns of other Gold skins present in the battle royale and also serves as a reference to the character’s 25 years: in Tomb Raider 1: Anniversary, the protagonist could be transformed into gold if she touched the hand of the statue of Midas.

The new Fortnite season also includes new original skins based on the Primal theme and will feature more cameos. In addition to Lara Croft, players who purchased the Battle Pass can also unlock skins from Ravena, heroine of the Teen Titans group.

In the future, Fortnite will still receive a skin based on the Brazilian soccer player Neymar Jr. Epic Games has not revealed the look of the athlete in the battle royale until now, but confirmed the special participation in the Battle Pass promotional materials for the shooting game.

The Fortnite battle royale can be played for free on your computer, through the Epic Games Store, Nintendo Switch, PS4, PS5, Xbox One, Xbox Series X and S. The game is also available on Android phones.

Fortnite could also be downloaded on iOS, but a legal fight between Epic Games and Apple ended up removing the game from the App Store last year. Until then, the battle royale remains out of iPhones and iPads. 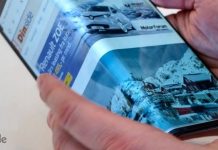 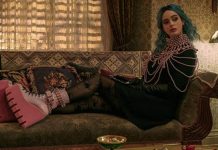