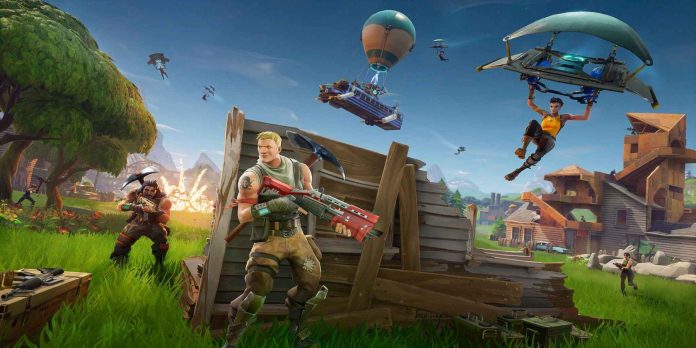 Fortnite is currently going through its twenty-first season, with a significant amount of content being added and removed from season to season. To say that Fortnite has undergone drastic changes in the nearly five years since its launch would be an understatement to say the least. Even the incredibly popular Battle Pass system in Fortnite has been redesigned and experimented with. Looking back, Fortnite players decided to bet which version of the Battle Pass was the best.

The discussion was started by popular Fortnite news and leaks from the HYPEX account on social networks. HYPEX asked its subscribers to choose which Fortnite combat pass system they prefer and which one is more useful. Two variants were presented: the Fortnite Chapter 1 combat Pass system and the Chapter 2/3 Battle Pass system.

When many players in online services think of a battle pass, they think of the original Fortnite battle pass. This is a two-tier pass, one free and one premium, with a two-row horizontal grid showing 100 levels of rewards. Games including PUBG, Apex Legends, MultiVersus and many other live service games have completely copied this style of combat pass. The new Fortnite Battle Pass offers unlock groups, non-linear reward options and an additional 100 levels of bonus rewards. It is also noteworthy that the Battle Pass rewards in Chapter 1 were unlocked using stars earned during trials, while the modern version uses an XP-based progression system.

Surprisingly, the survey is very one-sided. More than 75% of voters and the majority of comments on the post choose the Fortnite Chapter 1 battle pass format and do it with great energy. However, there are many non-binding additions, and many of those who chose Chapter 1 say that the new Battle Pass XP system is much better. As for why they chose the Chapter 1 Battle Pass, many say it was more useful, with rewards at every level. I also remember the simplicity of the original combat pass.

There are, oddly enough, those who say neither one nor the other. Instead, they point to Fortnite Chapter 2 Season 4, which features a unique Marvel-themed battle pass. It had a simplified 100-level combat pass, special Wolverine bonus rewards, and 64 punch cards for even more rewards. A simplified track, lots of awards and a fun presentation — that’s what made this season special.

There is no indication that Epic Games plans to change the current battle pass structure in Fortnite anytime soon, although it could always change it in Season 4 of Chapter 3. Part of what makes Fortnite so exciting is how often the changes happen and how amazing they are. are located. With that said, Epic Games may want to note some of people’s criticisms of the current combat pass system.

Rumor: Call of Duty: Modern Warfare 2 Beta will be released...

Mysterio’s return will make him the first real nemesis in the...