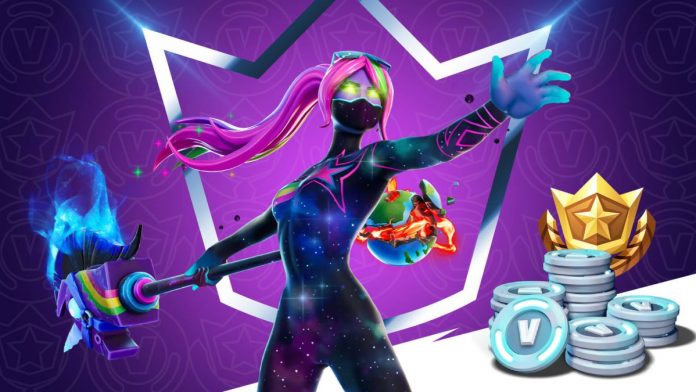 Despite 2020 being a year full of competition, with phenomena like Among Us and Call of Duty: Warzone, the title sets new records.

Fortnite revenue reached its best monthly result since August 2020 in December 2020, while its regular player numbers grew to August 2019 figures. The best figure in more than a year. The phenomenon of Epic Games has managed to endure the type despite the arrival of competitive premieres – more or less direct – such as Call of Duty: Black Ops Cold War or Cyberpunk 2077, which together with Grand Theft Auto V are positioned as its Big console rivals when it comes to monthly billing, according to the latest SuperData report.

On both computer (eighth) and consoles (fifth), Fortnite continues to be one of the most lucrative works in the industry. Regular updates, crossovers with major brands, events supported by successful streamers and support pending to patch any problem quickly are some of the keys to the success of an unusual product.

According to the source, in December 2020, thanks to the event with Marvel, a record of 15.3 million concurrent players was reached. That, added to content from Halo, Star Wars and The Walking Dead, have led Fortnite to sign an extraordinary month in every way.

Streaming portals like Twitch are a true reflection of the interest that some video games arouse. In the case of Fortnite, we are talking about a title that is not only played a lot, but also seen a lot. If between June and September there was a considerable decrease, leaving behind the 165,000 daily concurrent viewers on average to settle at around 108,000 regular daily viewers, during the months of October, November and, above all, December, the figures have soared both in absolute terms, leaving growth at a percentage level at 26.6% between November and December.

It was then that the record of the Spanish resident in Androrra, The Grefg, with a peak of 700,000 viewers that in January 2021 would exceed the same, this second time with 2.4 million peak at a certain moment of the broadcast.

At the moment, so far in January, Fortnite is registering an average of 132,000 daily viewers on Twitch.

So You Can See WhatsApp Statuses Without Them Noticing