To the delight of players, the world of the very famous Disney movie “Tron” comes to Fortnite through skins and accessories!

The very famous American studio Epic Games has just made an incredible announcement … Tron, the cult sci-fi movie from Disney, is coming to Fortnite with a multitude of skins and accessories!

Released in July 2017, Fortnite then appears as the benchmark of the Battle Royale genre. Developed by Epic Games, the game continues to appeal to players.

It must be said that the development studio has a lot of ideas. For more than 3 years now, he has been innovating and constantly reinventing his little gem.

If the shooting game is always so successful, it’s because you never get bored! Each week, new challenges are offered to millions of players.

But that’s not all ! Fortnite is also a real crossover machine. And the 5th season is no exception to the rule… After Marvel, Avengers and Star Wars, Tron makes its debut with great fanfare!

Yes, you did hear it. The world of the very famous science fiction film comes into the game through a multitude of skins and accessories.

For a surprise, it is! Nothing seems to be able to stop the American developers.

THE TRON UNIVERSE IS COMING TO FORTNITE!

One thing is certain, Epic Games knows how to make the mouths of millions of Fortnite players. They never seem disappointed with the American studio!

“In the ‘Tron’ system, humans were connected to the Grid, inside a vast digital world, the teaser reads. Now it’s your turn. Put on your jumpsuit, become Grid warriors and embark on a new adventure… On the island! ”

See Also
Fortnite: files suggest there will be collaboration

It makes you want ! “Join the hunt with the End of Transmission set, available now in the Item Shop. Many choices of outfits are available to you, whether it is Encryptor, Firewall, Proxy, Megabyte, Transfer, Sequencer, Interface, Connectivity, Encoder or even Bandwidth, with an optional headset. ” Just that !

And to the delight of fans of the film released in 1982, the famous Lumicycle motorcycle is also available! What to hunt his enemies with class.

With Fortnite, Epic Games has not finished surprising players. And the very famous development studio does not intend to stop there … The game still has some great surprises in store!

As for the Tron saga, the public is still waiting for news of the 3rd opus. Announced several years ago, it still has not seen the light of day.

Yet many are calling for it. It must be said that the first 2 films send very heavy! We are therefore awaiting new information. 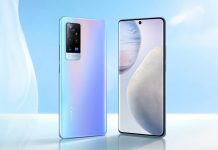 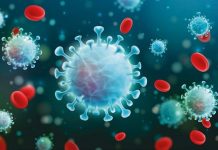 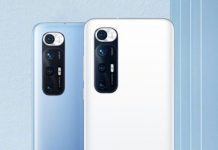