Home Entertainment Fortnite: How to Stop Music in Rave Cave 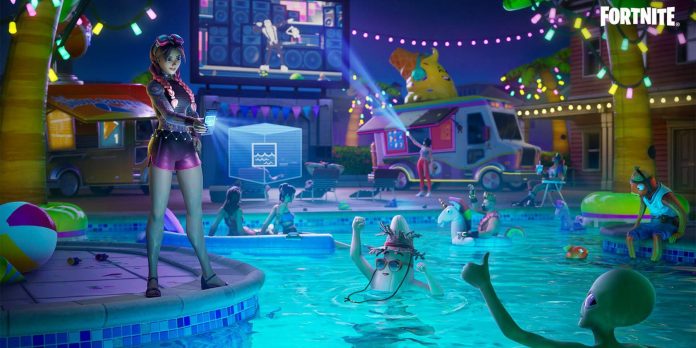 The seventh week quests for Fortnite Chapter 3 Season 3 are available in real time, which allows players to earn a lot of experience to level up their Battle Pass by completing various tasks.

Fortnite quests this week include destroying enemy shields, destroying buildings with a Baller without a vault and throwing various consumables in one match, as well as performing some equally difficult feats. One seventh week of the quest involves stopping a loud party at Rave Cave, and this guide will show players how to do it.

Rave Cave is one of the updated locations of the third season of Chapter 3, where the former Imagined Order facility was repurposed into a large club. Here players can find a lot of Slurp Barrels, a lot of loot, and some other weekly Fortnite tasks to complete.

Where is the cave Rave

Players can also find a billboard here that allows them to donate gold to the Rebuild the Block competition to repair Tilted Towers. To get to Rave Cave, head to the mountain decorated with the pink head of the Cuddle team leader in the northwest corner of the map, southwest of Logjam Lotus and north of Reality Falls.

To put an abrupt end to the party, players must head inside the mountain using one of the various entrances. One entrance is directly above the cave through large blast doors; players can either jump into the water or use one of the Rave Cave clips, which are located in the top two corners.

Once inside the cave, head to the main dance floor, which is located next to the north tunnel, next to the lake and the crashed plane. Loopers recognize him by the illuminated dance floor, disco ball and dancing non-player characters.

How to Stop Music in Rave Cave

Unlike other challenges, this quest does not require special interaction from the player. To stop the music, just walk up to the stage and start destroying the DJ set and speakers with a harvesting tool or a weapon.

Once the turntable is broken, start hitting the speakers on either side of it and the task should be completed, allowing players to move on to one of the more challenging quests of the seventh week.

This quest marks a twist in this season’s “Vibin” narrative, shifting the tone from a relaxing sweat-free summer in Fortnite to a more pessimistic view of the state of the island. As the Zero Point force spreads, the reality around the island changes. With a mysterious figure towering over the island that was teased at the end of Season 2, Loopers can only wait to see how this party ends.

Thor 4: Russell Crowe is confirmed in the film’s cast