Home Entertainment Fortnite: How to Get Suppressed AR and Suppressed SMG 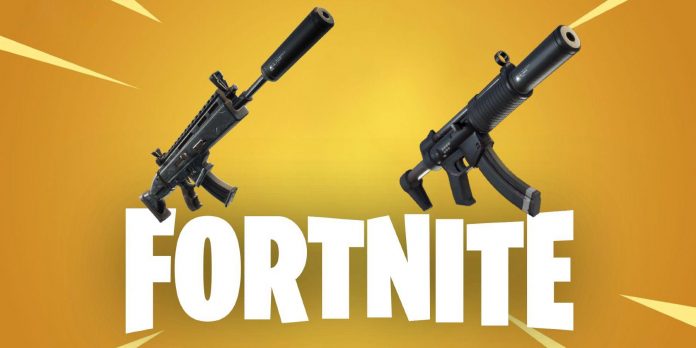 The choice of weapons in Fortnite seems to be a constantly revolving door. The choice of weapons in the Battle Royale title is constantly being adjusted, and each update adds, removes or adjusts at least several types of firearms. To keep players from feeling too comfortable with the same choice, the latest Fortnite update releases an assault rifle with a silencer and a submachine gun with a silencer, and this guide tells you how to find them.

The ever-popular free Epic Games game is in the last few weeks of the 3rd season of Chapter 3. The high-profile Fortnite x Dragon Ball collaboration finally ended after a few weeks, which included a large amount of content such as skins. , quests and items. The Dragon Ball Kamehameha and Nimbus Cloud Mythic items still land in capsules on the island, but the rest of the content has given way to something new.

Assault rifles and submachine guns with a Fortnite silencer can be found on the ground and in chests.

Suppressed information about AR and SMG

The addition of an assault rifle with a silencer and a submachine gun with a silencer will be part of the new Shadow of Phantasm week. Named after Phantasm, the skin featured in the latest Fortnite Level Up quest pack, players have access to silent weapons from August 30 at 9:00 AM ET until September 7, 2022 at 9:00 am ET.

Suppressed AR and suppressed SMG, or actually suppressed Fortnite weapons in general, function similarly to their standard counterparts with a few key differences.

Compared to its standard counterparts, a weapon with a silencer provides a narrower spread of bullets, increasing accuracy while reducing power. As the name suggests, a firearm with a silencer is not displayed on the compass when fired and cannot be heard at a great distance, which makes it ideal for a stealthy approach. However, weapons are not the only stealth options that players have at the moment.

In addition to the return of the silenced assault rifle and silenced submachine gun, Shadow Bombs and Shield Bubbles are also not used in Fortnite. Returning after a long break, when Shadow Bomb has not appeared in the item pool for several years, players can use all new items to easily sneak up on opponents.

Shadow bombs turn the user into a ghostly ghost, significantly increasing mobility due to increased speed and double jump. Shield Bubbles, while not particularly stealthy, are great at protecting squads and vehicles, especially if a more subtle approach goes awry.