Home Entertainment Fortnite: How to Get Darth Vader’s Lightsaber 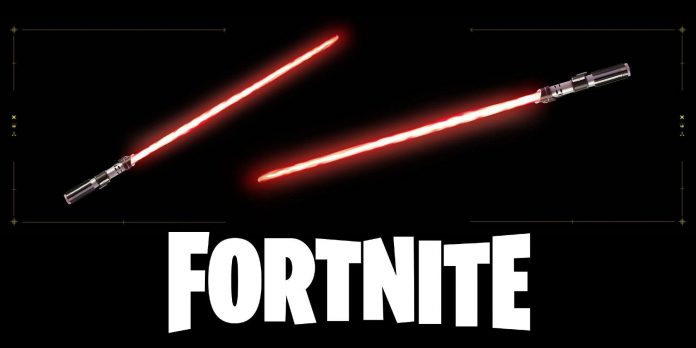 Fortnite is no stranger to other major franchises. From Marvel and DC to sports leagues like the NBA and NFL, to a host of video game franchises and more, Fortnite is the undisputed king of cross—content. His reign continues with the latest update, which adds the Star Wars villain Darth Vader and his legendary lightsaber to the island.

The consistently popular free-to-play battle royale game from Epic Games has seen many pieces of Star Wars content appear on the island during the last season. The action of the 2nd season of the 3rd chapter of Fortnite took place during Star Wars Day, when lightsabers were re-added to the map, as well as numerous stormtrooper checkpoints. In the previous season, Obi-Wan’s skin was also added, showing how he appears in the Disney+ series of the same name.

The location of Darth Vader

In order for Fortnite players to get Darth Vader’s lightsaber, they will have to take it directly from the Sith Lord himself, represented in the battle pass. Players need to be careful at the beginning of the match, as Vader will be seen arriving on a Lambda-class shuttle and landing in one of the many potential locations on the map.

Players marked with a red beacon and a blue pillar of light can head to the landed ship to fight it. However, players are strongly encouraged to arm themselves, as Darth Vader is one of the strongest Fortnite bosses ever.

How to Get Darth Vader’s Lightsaber

Darth Vader will be accompanied by a pair of stormtroopers, each armed with an E-11 blaster rifle, which has also returned to Fortnite as part of a new update.

After finding full shields, players are advised to first try to destroy one or both of the stormtroopers, as it will be necessary to use endless E-11 ammunition. Darth Vader has a variety of different moves, including a Force grab that can be used against the player or nearby objects, a Force jump and, of course, swings and throws of a lightsaber.

With multiple players reporting that Darth Vader can only be significantly damaged while performing a move, the E-11 will really come in handy, especially because multiple players should appear at the same time.

If a Fortnite player manages to defeat the Sith Lord and any nearby rivals, he will be rewarded with Darth Vader’s lightsaber and a mythical version of the E-11 blaster rifle.

The famous Star Wars blade can be used to block incoming fire, it can be thrown like a boomerang and easily cut through the player’s buildings.