Home Entertainment Fortnite: How to Get Battle Stars Quickly in Chapter 3 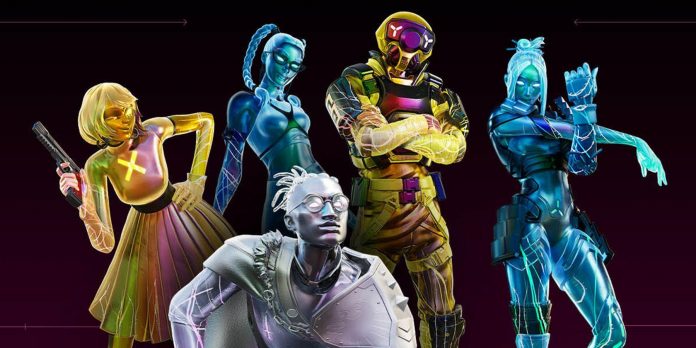 Chapter 3 of Fortnite offers players the opportunity to level up their battle Pass to earn unique rewards that set them apart in Battle Royale. This season, Fortnite players can get a two-handed Ivy, a battle-ready Adira, and even the Sith Lord Darth Vader once they reach level 100. However, getting to it is not an easy task, and this guide will help players gain experience. to the elusive skin.

First, if players want to get these exclusive items, they must first purchase this season’s Combat Pass for 900 B-bucks or purchase a Fortnite Crew subscription for $11.99/£9.99 per month. When players level up enough, they will be able to use the earned battle stars to get items from the Battle Pass that are not free for all users, including skins that are otherwise unavailable.

RELATED: John Cena Is Looking for More Ways to Participate in Fortnite

Perhaps the most reliable way to level up and get battle stars is to complete daily tasks. They appear on the quests tab, which is accessed via the touchpad on the PlayStation, the “Menu” button on the Xbox and the “M” key on the default keyboard.

After going to the Tasks tab, scroll down to “Daily” to see all available daily tasks; they are reset every 24 hours and distributed among teams, allowing players to quickly complete them in squads.

While each daily quest only offers 1,000 XP per completion, each day Fortnite offers players daily bonus goals to complete, giving them 15,000 XP for the first three daily quests they complete. This can guarantee 45k XP every day, which launches players at least half a level each time they take on these challenges. These quests usually involve healing with Fortnite feeds, spending gold bars, or traveling in vehicles.

To gain more experience, players can also complete their weekly quests for rewards. Giving 15,000 XP for each completed quest, these tasks are usually a little more difficult than daily tasks that require certain player actions, such as bouncing on emergency platforms in various game locations. As with daily quests, the more such cycles are completed, the more experience they can earn for completing weekly bonus quest goals.

In addition, Fortnite offers seasonal quests that are more related to the story. To see them, go to the “Tasks” tab and highlight the name of the season — in this case, it is “Vibin”.

Like the weekly ones, they challenge the player to accomplish little-known goals, such as leveling mirrors in Shuffled Shrines, and can significantly boost players to their level. Released in installments during the event, each quest usually offers only 7,000 XP, although completing each installment yields 36,000, making them vital to thoroughly level up each season.

In addition, Epic Games will hold XP events from time to time, which allow players to level up through quests. This season, Fortnite hosts the No Sweat Summer and Rebuild the Block events, allowing players to collect bonus experience and unique items for a limited time. These quests include destroying enemies and experiencing the phases of the storm, as well as destroying doorbells on the island and knocking out doors.

Like Fortnite’s simpler daily quests, milestones are unlocked primarily during gameplay. These quests take place in stages, providing an increase in XP for each completed stage, and they can range from destroying buildings with Ripsaw Launcher to simply thanking the bus driver at the beginning of each match. However, completing these quests requires a lot of dedication, and there are easier ways to level up.

Every day Fortnite provides players with XP limits in creative modes and “Battle with the Storm”. Going through various game modes, players can earn up to 200,000 XP per day, and in “Battle with the World” — 450,000.

By completing “Battle with the Storm” quests with friends or playing in creative modes, players can quickly earn a lot of experience for their battle pass.