Home Entertainment Fortnite: How to Get a Ripsaw Launcher in Season Three 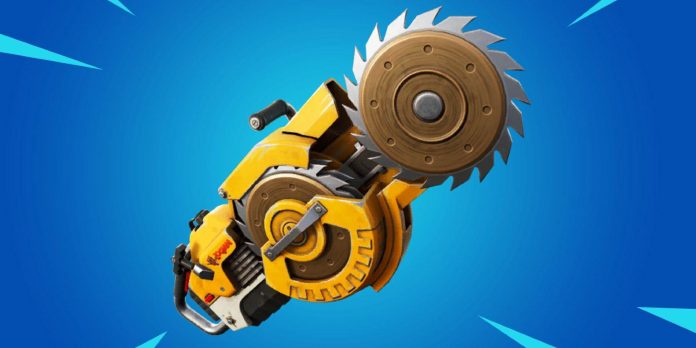 Fortnite seems to be able to maintain its huge influence and player base by constantly changing. This is done in various ways, including the regular rotation of out-of-circulation items and the introduction of new and unique ones. This is the case with the current Fortnite season, which features an interesting new weapon called Ripsaw Launcher.

The extremely popular Battle royale game from Epic Games has been in the third chapter of the third season for several weeks now. The first trailer of the season dedicated to the Vibin Summer Festival shows the installation of Ripsaw Launcher in action, although it seems that it has only now become available. on the Fortnight map.

How to Get Ripsaw Launcher in Season 3

The new Ripsaw Launcher from Fortnite, designed to destroy players and buildings, literally launches circular saws as ammunition. The blades will continuously move through buildings and vehicles for about 10 seconds, as well as deal players 60 points of damage per shot.

Charging the saw blades by holding down the fire button before starting makes them move for a long time. Players can find Ripsaw Launcher Fortnite by going to The Chop Shop, a new attraction northeast of Logjam Lotus (formerly Logjam Lumberyard), where weapons can be found on the table and walls.

One of the main drawbacks of Ripsaw Launcher is that it is impossible to get more ammunition, which means that the weapon becomes useless after 12 shots. It can also be used as a pickaxe or an improvised melee weapon. However, this is not the only melee weapon added in the latest Fortnite update.

Now players can get hold of Darth Vader’s iconic lightsaber, although they will have to take it away from the most intimidating Sith lord. Vader boasts a variety of powerful attacks, and is accompanied by a pair of stormtroopers, making it one of the most difficult boss battles in Fortnite.

While both new weapons have dynamic functionality, Darth Vader’s lightsaber and Ripsaw Launcher are sure to be the subject of heated debate, at least in the next few days. However, there are already reports of other new weapons that may appear in the game.

Fortnite could get a “Firework Gun,” according to well-known insider and data miner HYPEX, which was also quickly revealed in this season’s trailer. Rumor has it that this weapon is a variant of a grenade launcher or rocket launcher, the shells of which explode like colorful fireworks.

In addition to destroying any structures, players can use the new Ripsaw Launcher Fortnite to help them complete the new Naruto Nindo challenges, which are centered around Naruto’s rivals in the person of Itachi, Gaara, Orochimaru and Hinata.

Steam Next Fest Kicks Off Its First Edition Of 2022; Dates...