Home Entertainment Fortnite: How to Get a Ranged Weapon of Epic Rarity or Better... 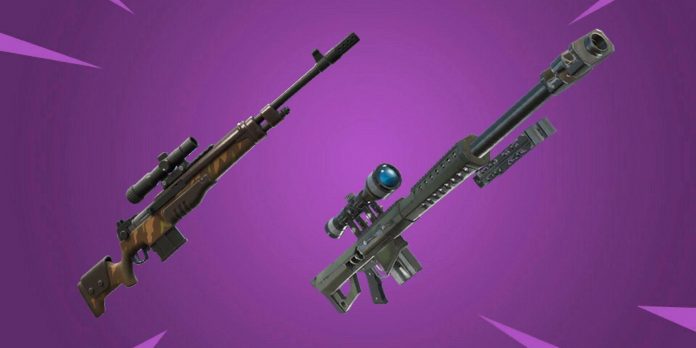 Fortnite is releasing a fresh batch of quests today, offering players a new set of tasks to complete in order to earn XP and quickly level up their Season 3 Chapter 3 Battle Pass. One of these new quests requires players to obtain ranged weapons of epic (purple) rarity or higher and commit at least two kills with it.

Chapter 3 The third season of Fortnite is already in full swing, the new season has officially started in three weeks, and it feels like a summer festival atmosphere. The new season of Epic Games’ “Battle Royale” “Vibin” introduces several hidden mechanics into the game; one of which players can specifically use to complete this quest.

There are several different methods for this Fortnite quest that players can use to complete it, but the surest one is to use reality seeds and reality seedlings.

One of the aforementioned hidden mechanics, players will need to travel to the new POI Reality Falls, where they can find and plant a reality seed to germinate into a seedling.

Starting with the General, players can weed the seedling after harvesting to raise it to the next level, although this process may take more than one match.

Fortnite players can also speed up the fruit regeneration process by using Chug Splashes or Shield Kegs on reality seedlings. Repeat the picking and weeding process until the epic level rarity is reached.

Apparently, only a few weapons are being considered in Fortnite’s ranged combat category this season; a new DMR, as well as an arrow and a heavy sniper rifle, making saplings even more important.

A particularly effective method is harvesting with epic rarity, and then weeding for an immediate upgrade to legendary. This actually doubles the level of fruit being collected and therefore doubles the chance of getting a suitable ranged weapon.

While the Reality Sapling strategy is the most guaranteed way to get Epic ranged weapons or higher, it’s not the only way. Players can also try to go to any of the named places on the island to find ranged weapons in the usual ways, since Reality Falls will be a hotbed of activity.

Rare (blue) DMRs and/or heavy sniper rifles appear quite often, and upgrade benches are usually located somewhere within the POI. Those who lack gold bars can use one of the many Fortnite Chapter 3 Season 3 Bounty Board locations, where players receive 75 for each successful reward.

As soon as Fortnite players get their epic or best ranged weapon and use it to successfully destroy the other two players, the quest will be completed.

Peaky Blinders Season 6: Who is Duke Shelby and what does...