Home Entertainment Fortnite: How to deal explosive damage by looking away (simple method) 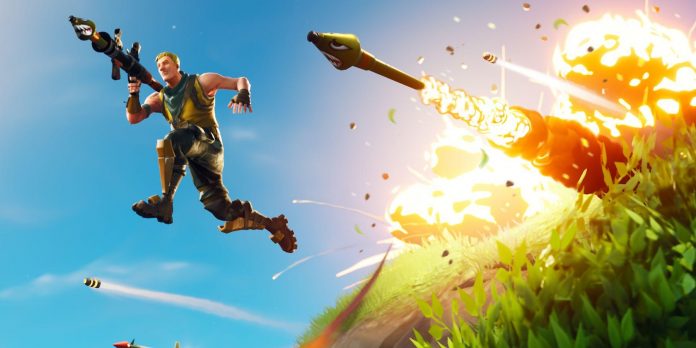 One of the quests of the 8th week of the 3rd season of the 3rd chapter of Fortnite instructs players to inflict explosive damage by looking away, and those fans who complete it are granted 15,000 XP. Although there are many ways that players can solve this task, not all of them can be completed quickly and consistently. Fortunately, there are at least two methods that make it very easy to deal explosive damage while looking to the side in Fortnite, and they are fully detailed in this guide.

Players who want to complete this quest quickly should pay attention to one of the gas stations scattered around the Fortnite map. Although there are quite a few such establishments, and fans should have no problems detecting them during matches, some of them have been marked on the map below to simplify the task as much as possible. Upon arrival at one of these gas stations, players must pick up any weapon they find in the area and fire it at the gas station.

RELATED TO: Fortnite: How to Get Boogie Bombs

Players must continue to shoot at their chosen gas pump until it lights up, and then quickly turn their backs on it. In just a few seconds, the pump will explode, causing damage to everything nearby. Indeed, it will be considered explosive damage if you look away, and Fortnite players will receive an indication that they completed the quest and received their XP reward immediately after the explosion of the gas pump.

In addition, fans can quickly complete this task by jumping into a boat in a large pond near the center of the map. Once one of the Fortnite boats is captured, players must find any structure that is near the water and fire a missile at it. Fans then have to simply turn away from the structure before the rocket connects to it, and the call will be marked as completed when that contact is made.

After the player has dealt explosive damage by looking away, he may want to start working on some other Week 8 quests. Perhaps the most difficult task of this game is the one that requires fans to find the coolest player on the island in Fortnite. Indeed, some players may not know who exactly this test refers to, although they will definitely smile as soon as they find out about it.

Unreal Engine 5: The Coalition and Epic Games will show a...