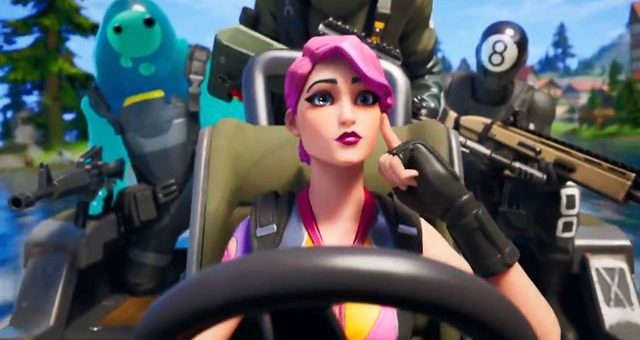 Fortnite Episode 2: Season 2 started as of today. Released with a top secret theme, Fortnite Chapter 2: Season 2 looks all about agents.

Fortnite Episode 2: There will be two separate groups of agents called Light and Dark in Season 2. In Limited Time Operations, players will infiltrate enemy bases and be rewarded with new powerful and unique weapons themed agents.

Fortnite adds Top Secret crates, similar to the Apex Legends crates that it introduced with the new map released last season. These safes can be opened with the found key cards. However, it is not clear which enemies need to be destroyed to obtain key cards.

The game’s Battle Pass gameplay video provides more information about Fortnite Episode 2: Season 2. Fortnite Episode 2: Along with Season 2, a number of characters like Hazard, Midas, Image and Tinamit are unlocked. The tasks in the matches will be completed and the special views for Dark and Light versions will be opened. Characters can be customized with dark or light colors by completing missions.

The Battle Pass gameplay video ends with an image of the new Deadpool skin to be added to the game. It is not yet clear how the deadpool skins will be won. However, his appearance in the Battle Pass video shows that he will come as a reward.

Black Friday: Why more than 500 brands call for boycott

OxygenOS Open Beta for OnePlus 7 and 7T has arrived!