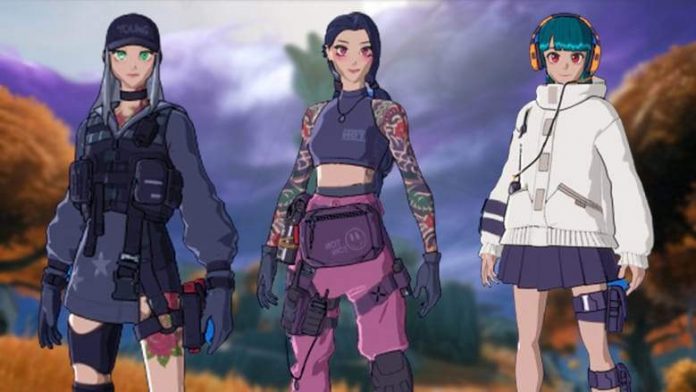 Fortnite anime costumes are coming. A new claim has emerged about Fortnite, which has millions of players. According to a reliable source, Shueisha, who holds the rights to many popular anime, and Epic Games are working to cross the paths of Fortnite and these popular animes.

The battle royale game Fortnite, which has a huge audience in our country and around the world, has received great acclaim for the content it offers to the players. This content covers many in-game items, from fun events that come to the game from time to time to popular characters such as Kratos and Master Chief. Fortnite, which wants to keep the level of diversity it offers, is here with news that will delight anime fans.

Information from a reliable source allows us to know what we will see in the future in Fortnite. According to this information, Epic Games is in cooperation with Shueisha, which holds the rights to many popular anime. Let’s see how this cooperation will reflect on the game and the players.

Bleach, Dragon Ball, Naruto, One Piece and more can be seen in the game

First of all, let’s briefly explain what this is for those who are far from the battle royale genre. Games of this type are based on being the last survivor or the last group. All players start the game equally with either nothing or small equipment and try to improve what they have. This increases their chances of survival. Everyone tries to eliminate each other in a field that is getting narrower and the last one is the winner of the game.

Returning to Fortnite, as we said, a reliable source says that Epic Games is working on bringing popular anime to the game. Bleach, Demon Slayer, Dragon Ball, My Hero Academia, Naruto and One Piece are some of these animes. In other words, the agreement between Epic Games and Shueisha seems to allow these titles to be seen in Fortnite.

Even if these titles come to the game only as costumes, it is obvious that they will attract great attention. However, since there are animes that are very rich in content, the 2 companies can not only be content with costumes, but also reveal in-game events.

It is not known when the titles we have mentioned will cross paths with Fortnite, but it is thought that the main focus of the eighth season may be these animes. For now, it’s hard to say for sure as we only have information shared by a reliable source. As the details emerge, we will pass them on to you.

The Witcher: They share the first detail of season 4 of...