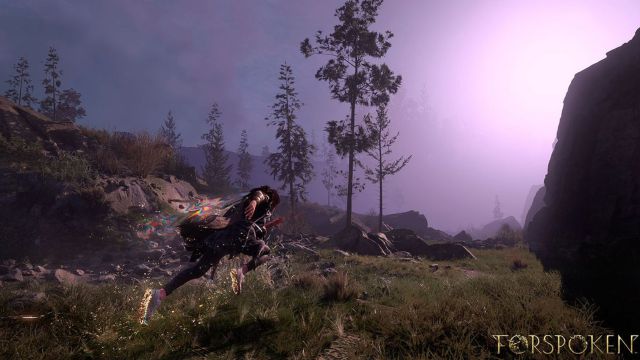 Forspoken: The Square Enix game developed by the Final Fantasy XV studio details more news at TGS 2021. It had been said that Forspoken would be present at the Tokyo Game Show 2021, but Square Enix has not shown any new trailers. Instead, he has hosted a talk featuring both Raio Mitsuno and Takefumi Terada, Creative Director and Co-Director, respectively. The developers have confirmed that the magic will allow to trace different styles of play, at the same time that they have offered new details about Frey, the protagonist.

Luminous Productions, the developer behind Final Fantasy XV, cannot specify how many types of magic there will be in the game, but they promise that they will be several and quite unique. This approach has been carried out taking into account the different styles of play. In addition, the battle system will invite you to experiment with the various styles, which will adapt to each situation.

A few brushstrokes on Frey

As for Frey, the protagonist, they remember that she lives in busy New York City. Everything changes suddenly when she travels to another dimension, to the dangerous fantasy world known as Athia. They describe the character as very intelligent, but also somewhat immature. She tends to distrust people and hides her vulnerabilities using sarcasm. When Athia arrives, she discovers that she is hopelessly linked to Cuff, a magical bracelet that will serve as her guide.

The relationship between Cuff and Frey is curious, as the two characters continually engage in arguments, sometimes even in the heat of battle.

Forspoken is a new intellectual property that will be released on both PS5 and PC. The game uses the Luminous engine, also used in Final Fantasy XV, to unfold a huge and detailed open world. Action and movement around the world will be his two main concepts to develop.

Although it does not have a specific date yet, during the PlayStation Showcase event the launch sale was revealed. It is scheduled to hit stores in spring 2022.