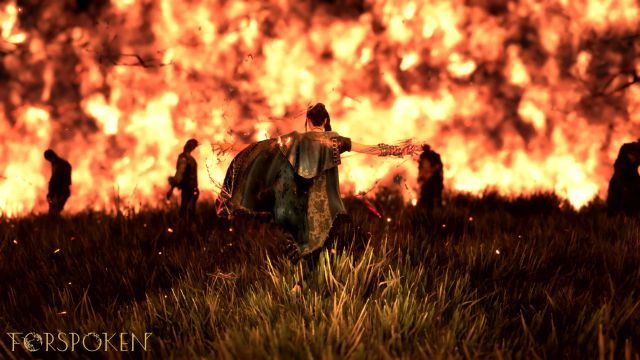 Forspoken: This new preview presents the handsome worlds of the Square Enix game with Frey as the main protagonist. Open world and a clear challenge. Forspoken has not missed the State of Play event. Square Enix, not content with announcing The DioField Chronicle and Valkyrie Elysium, has offered a new gameplay trailer for its recently delayed project, which we will finally play this October on PlayStation 5 and PC consoles. This preview focuses on the “opposite worlds” with Frey as the main protagonist. New enemies, unrestrained action and an exciting open world to explore.

Forspoken and its opposite worlds: lands full of corrupted creatures

Square Enix and Luminous Productions have made it clear at the PlayStation event that Forspoken’s production values ​​speak for themselves. This new trailer shows new gameplay sequences of Frey Holland, the main character that we will control in the adventure, during his journey through these huge open environments of the world of Athia. In addition, new types of enemies can be seen, a fundamental element to understand the real action playable proposal of a title ready to become one of the greats of this fall.

On a strictly mechanical level, parkour will be the norm in our relationship with the environment, added to a combat style in which brutality will constantly shine.

During the adventure we will learn new magical abilities such as the so-called Storm Dart, capable of emitting electrical energy in combat; or the ability to control water barriers with Marullo. On the other hand, we find the so-called Tear, the atmosphere of corruption that contaminates everything it touches, including humans and animals. In the trailer you can clearly see some monsters corrupted by this Tear, such as Gigas or Flying Apsaravis.