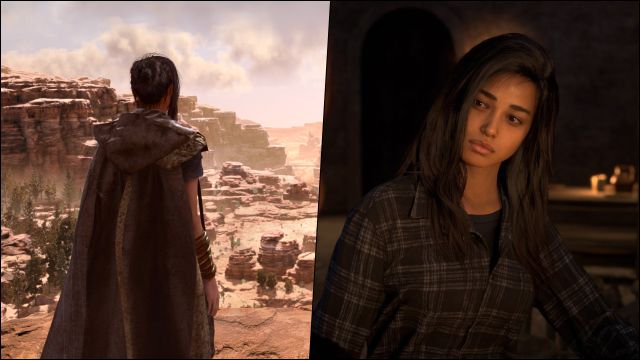 Forspoken: What’s new about Luminous Productions is a completely new intellectual property that mixes two alternate realities. The creators of Final Fantasy XV finalize the development of Forspoken, a new title for PlayStation 5 and PC that is already facing the final stretch of its creative process. Before the year is out, Square Enix has released new information about the story and the official synopsis. Without eating or drinking it, an ordinary city girl like Frey Holland has entered a world of magic and fantasy. Can she survive her?

The protagonist of this story lives in New York, but suddenly she walks through a portal and comes face to face with the gigantic and dangerous world of Athia, and she cannot escape! She soon finds her first friend, a talking bracelet that appears on her wrist (nicknamed Cepo by herself). Frey realizes that she is now capable of using spells and magic, so she will try to use all these abilities to escape from this colossal fantasy prison.

Athia was once a prosperous kingdom ruled by the thantas, benevolent matriarchs who were displaced by a devastating plague that corrupted everything in its path. It is about The Tear, a plague that turned animals into beasts and human beings into monsters. Once wise and just, thanas have been transformed into evil sorceresses.

Frey, for her part, is completely immune to the Rend and agrees to help the inhabitants who have not yet succumbed to her influence. “Frey will enter the heart of corruption, where she must face monstrous beings, stand up to the powerful thantas and unravel secrets that will lead to many more things,” says the official synopsis.

Forspoken will be released on May 24, 2022 on PS5 and PC (Epic Games Store and Steam). It is an action adventure with RPG touches that takes place in a vertical open world, where the character moves in an agile way.