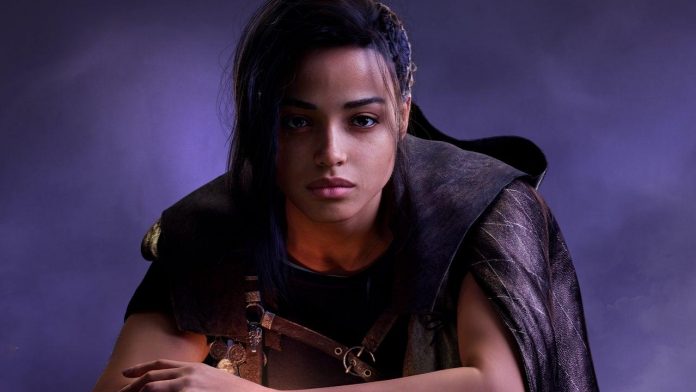 The Internet can’t get enough of the latest promo video Forspoken, the upcoming role-playing game from Square Enix and Luminous Productions. However, this is not the most positive reception, as people make fun of the new trailer, making parodies of it.

It all started with the fact that the official Twitter account Forspoken posted a new advertisement for the game. The promo shows fragments of the gameplay with the voice acting of the main character Frey. Many people on the internet find the dialogues incredibly mannered, and the most popular response to the original Forspoken post reads: “This game looks beautiful and the gameplay is crazy, but I bet the story/dialogue will get on my nerves. ”

Here’s what the main character of the ad says:

“So let me clarify the situation. I am not in a place that I would call Earth… I see the damn dragons… and… oh yeah, I’m talking to the cuff. Yeah, well, that’s what I’m doing now. I’m doing magic, killing mad creatures, and then I’ll probably fly.”

Welcome to the world of #Forspoken.

The Internet will do what the Internet does, and soon parodies of Forspoken ads began appearing on Twitter. The most elaborate of these parodies uses the same writing style as FromSoftware’s Bloodborne, with lines like “I see damn werewolves and, oh yeah, I’m talking to a doll!”

so let me get this straight

These two posts are the main video parodies that are going viral today, but many others enjoy the written parodies of Forspoken ads. Take a look below to find jokes based on Metal Gear Rising, Metroid, Kingdom Hearts, Ace Attorney and more.

“So let me clarify the situation. I’m not in what I would call Liberia, I’m seeing FUCKING CYBORGS and, OH YEAH, I’M TALKING TO A BLADE WOLF. make a zandatsu, kill the high-strung senators, I’ll probably run ninja next…”

well.. where to start? I’m in an UNUSUAL space!! Isn’t that a lunatic? I have to find the metroid, whatever that means… Do you know what REALLY turns me on in this adventure? these DAMN, smelly, smelly pirates- oh, oops.. heh.. they’re right behind me, aren’t they?

So let me be clear, I am NOT in a place that I would call Tokyo… I have a HUGE key, and, oh yes, I’m talking to a dead mobile game character

“So let me be blunt, I’m a fucking knight, got it? Obviously, I’m some kind of “Ashen” or something like that. Fire, strange, isn’t it? Well, this is my life, pretty dark for a fantasy, isn’t it?”

So let me get this straight, I just got an email from my FUCKING DEAD WIFE 🙄

Just let me get this right. I’m in the courtroom, I see fucking prosecutors with whips, and, oh yeah! I’m talking to my dead mentor.

Yes, good. That’s what I know.

Just let me get this right
I’m not in Australia somewhere
With big scary natives
And oh yeah, I’m talking to a magic mask
Yeah, wow, that’s what I’m doing now
I jump and spin
I’m fighting big mutants
I’ll probably take a bazooka next time

So let me clarify the situation… I’m not exactly what I would call a “Surface”… I see the DAMN monsters… and, yes. I’m talking to A FLOWER. Yes, I think that’s what I’m doing right now. Next I’ll come across a talking skeleton or something like that… and… He’s right behind me, isn’t he?

After several delays, the launch of Forspoken is scheduled for January 24, 2023.