Home Entertainment Formula Of Love: TWICE Reveals What Songs Their New Disc Will Have 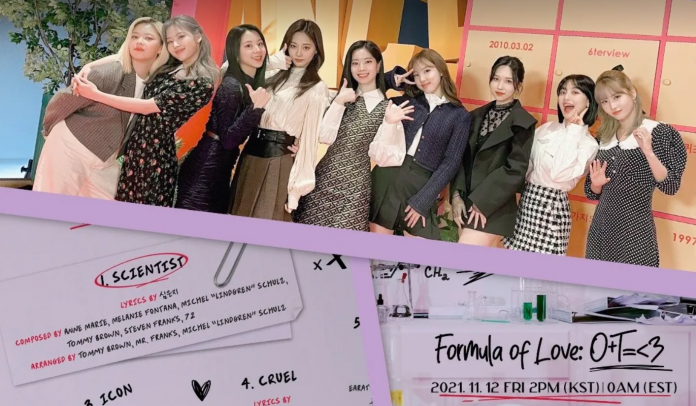 TWICE has everything ready for the release of ‘Formula of Love: O + T = <3’, what is the tracklist for this new album?

‘Formula Of Love: O + T = <3’ is TWICE’s next album, there is less and less time to listen to all the new songs of the girl group and they excite ONCE with the list of songs for this next release.

The TWICE idols are all set to release ‘Formula Of Love: O + T = <3’, their next album that ONCE is already supporting with great excitement; By the end of the year, the girl group will have a lot of new music that their fandom and the world will be able to enjoy.

In addition to this new album, TWICE is also preparing the release of a special single called in Japanese ‘Donut’, which with a Christmas theme promises to be a great soundtrack for the winter, with all the label and great talents of the members of this girl group from K-Pop.

TWICE is one of the most relevant groups in the industry and that is why it is generating great expectations for its next releases, as well as returning to the stage with face-to-face concerts for ONCE, a tour that it plans to start in Korea and perhaps reach other parts of the world. world.

But without getting ahead of ourselves, TWICE has revealed the tracklist for ‘Formula Of Love: O + T = <3’, how many songs will your new album have? Artists become scientists to find the formula for love in their next album.

TWICE’s ‘Formula Of Love: O + T = <3’ will have 15 songs in its physical version and 2 more in the digital version, the main theme seems to be ‘Scientist’, but there are many more compositions that promise to completely conquer the heart of ONCE, such as ‘FILA’, ‘Push & Pull’ or ‘Hello’.

In addition, ‘Formula Of Love’ will have the Korean version of ‘The Feels‘, the English single that TWICE released and thus conquered many of the most important music charts in the world; We can also see Jihyo as the songwriter of ‘Cactus’. 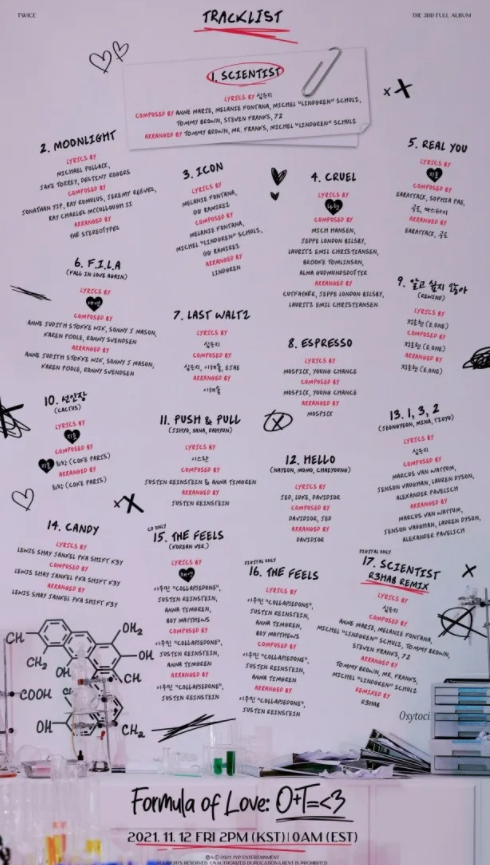 There is less and less time to listen to the new songs of TWICE with their Formula of love that combines ONCE + TWICE.

‘Formula Of Love: O + T = <3’ has a release date of November 12, there is very little left to listen to it and enjoy all the talents of the TWICE members in a new release that ONCE can no longer wait . 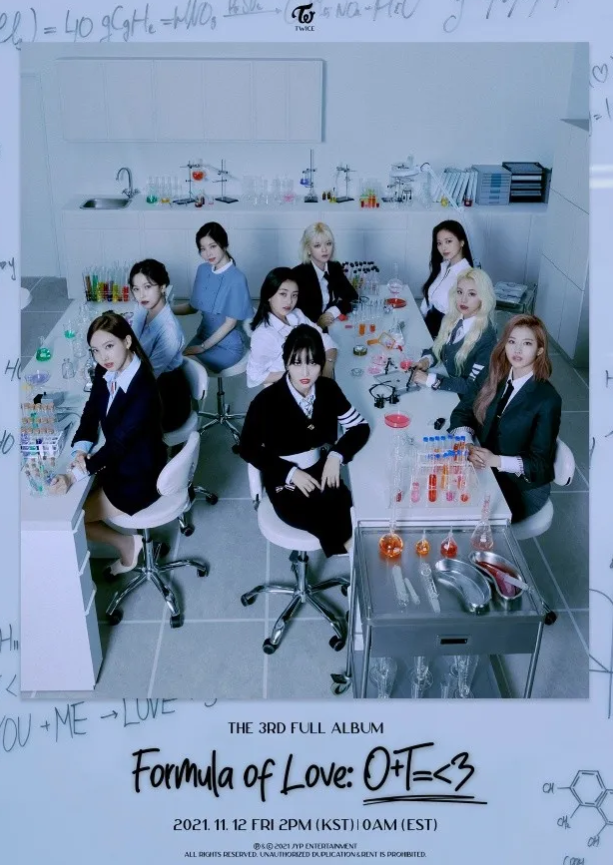 ONCE already has everything ready for this great TWICE release, the idols will take all the stages and impress us with their talents once again.