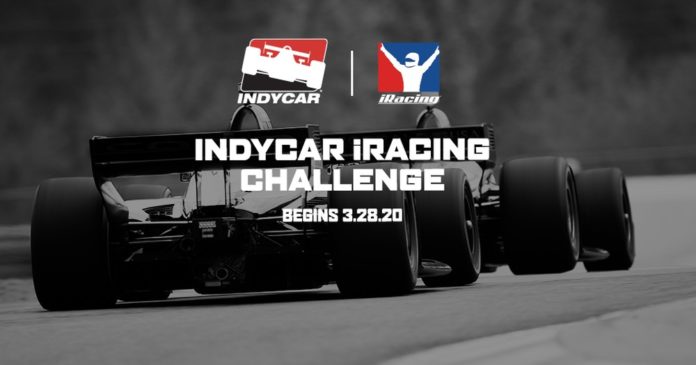 The Indy Formula migrated to the virtual due to the coronavirus pandemic (Covid-19). The face-to-face competition, canceled due to the pandemic, won an online version that will be played on the iRacing racing simulator. The tournament takes place during the month of April and early May and will include the participation of Indy drivers and guests. The first stage will be played this Saturday (28th), starting at 17:00 GMT, on the virtual version of the Watkins Glen track. The races will be broadcast live on the Indycar Series channels on YouTube and Facebook, and iRacing on Twitch.

The race at Watkins Glen will have 25 drivers, including champions from previous seasons of Indy: the Brazilian Tony Kanaan (2004), the American Josef Newgarden (2017 and 2019), the French Simon Pagenaud (2016) and the Australian Will Power (2014). The starting grid will also have special guests: Jimmie Johnson, seven-time NASCAR champion, and Scott McLaughlin, V8 Supercars driver. The narration and commentary will be by Leigh Diffey, pilot Townsend Bell and former pilot Paul Tracy. Jim Cornelison, iconic interpreter of the US anthem, will conduct pre-race activities.

Saturday’s race, as well as the next stages, will take between 90 minutes to two hours. Just before the start, a 10 minute qualifying session will define the positions of the starting grid. Indycar will also hold virtual autograph sessions with the drivers for 15 minutes. The winner of each stage will be interviewed by Katie Hargitt on the category’s official Instagram.

To add more authenticity to the tournament, drivers will be able to use the paintings of their real cars in virtual cars. All vehicles will also be equipped with a virtual version of the aeroscreen, protection for the drivers’ cockpit that will be introduced in the 2020 season of Formula Indy.

The next stages of the Indycar iRacing Challenge will take place on the 4th, 11th, 18th and 25th of April, and on the 2nd of May. The debut track, Watkins Glen International, is a fan favorite and driver. In Formula Indy, the track participated in eight seasons. Its virtual version was named American Red Cross Grand Prix, to raise awareness about the work of the US Red Cross, and to encourage blood donations amid the coronavirus pandemic.

In Formula Indy, the track was present in the seasons 2005 to 2010, 2016 and 2017. New Zealander Scott Dixon is the record holder with four wins, and together with Brazilians Tony Kanaan and Helio Castroneves, holds the record for the most number of times who ran on the track (eight times).

Formula Indy was one of several sports leagues affected by the coronavirus. Races in the first part of the calendar have been suspended, with the 2020 season scheduled to start in late May. St. Petersburg, the opening race, has yet to set a date, and it is speculated that it could close the championship. For the first time in 104 years, the Indianapolis 500 Miles will not take place in May, but in late August.

The EU is commissioning for the chip crisis