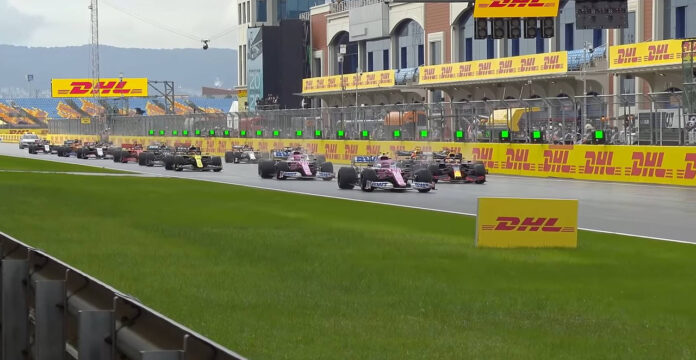 This year’s Grand Prix of Turkey was marked with the event. Included in the calendar year hiatus after 9 Turkey Grand Prix was held in the rain and the race was a very exciting and full of surprises for the audience.

The pilots, who made explanations that they will return without slowing down in the famous 8th Turn, perhaps one of the biggest reasons for being the best race of the year, could not stop without spinning during the training tours. In the race where the rankings took place surprisingly, Lance Stroll from Racing Point, nicknamed Pink Mercedes, took pole position for the first time in his career. After a long time with a mind-blowing attack towards the final laps of the race, Ferrari’s driver Sebastian Vettel took himself third place on the podium. Sergio Perez of the pink Mercedes team found his place in the second step of the podium.

After 9 years, these events did not only await the audience in Istanbul Park. With the rain stopped and the track drying, Mercedes’s British driver Lewis Hamilton reached his 7th championship in his career and made his mark as the second most championship driver in F1 history.

Formula 1’s 2021 calendar has been announced, and there is only one race on the list that is currently unclear. The Vietnam GP will not be on the calendar and there is space for that race. Grand Prix of Turkey can play an important perhaps to appear again in next season’s calendar role with the emergence of the first results of this vote.