Home Entertainment Formula 1: Drive to Survive Season 4 Trailer Released: It Will Be... 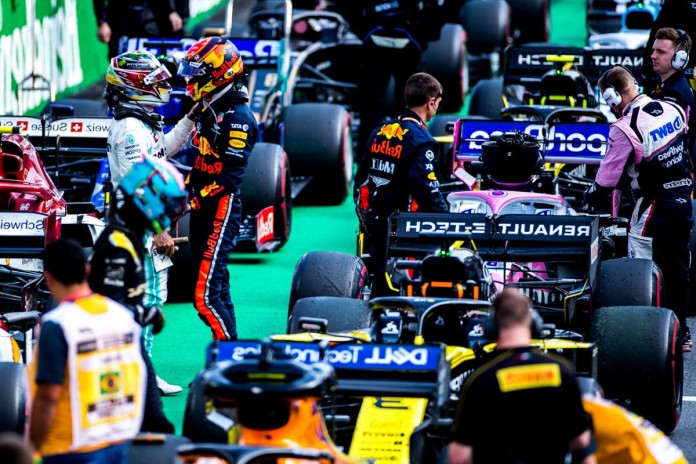 The trailer for the 4th season of Formula 1: Drive to Survive, which will focus on the Formula 1 2021 season and make us remember the events, has been released today. The highly anticipated trailer has already shown some of the events we will see in the new season.
Hosting an exciting challenge we haven’t seen for years in 2021, Formula 1 returns once again with the Grand Prix to be held in Bahrain on March 20, 2022. While this new season, in which Formula 1 vehicles are designed from the ground up, is expected with its unpredictability, those who want to recall the excitement of the 2021 season will meet with the new season of Formula 1: Drive to Survive.

The first trailer of the fourth season of Formula 1: Drive to Surive, which is about the Formula 1 2021 season, which has been like water with its contentions, fights and struggles between teams, has been released today. The trailer showed some of the memorable scenes we saw throughout the season and gave a small clue about which events will be the subject of the new season.

Unlike previous seasons, Formula 1: Drive to Survive will not feature the champion of the 2021 season, Max Verstappen, this season. Verstappen, in his statement about why he will not be in the new season, said that the facts were shown in a “dramatic” way in the documentary. He also stated that some rivalries were created in the documentary that did not exist at all.

Although Netflix contributes to increasing the popularity of Formula 1 with Formula 1: Drive to Survive, some overly dramatic elements in the documentary can hit the heart of some viewers, especially hardcore Formula 1 followers. Still, the series has become a great tool to bring audiences who do not know Formula 1 to this world.

Apple CarPlay Will Control More Parts Of Your Car