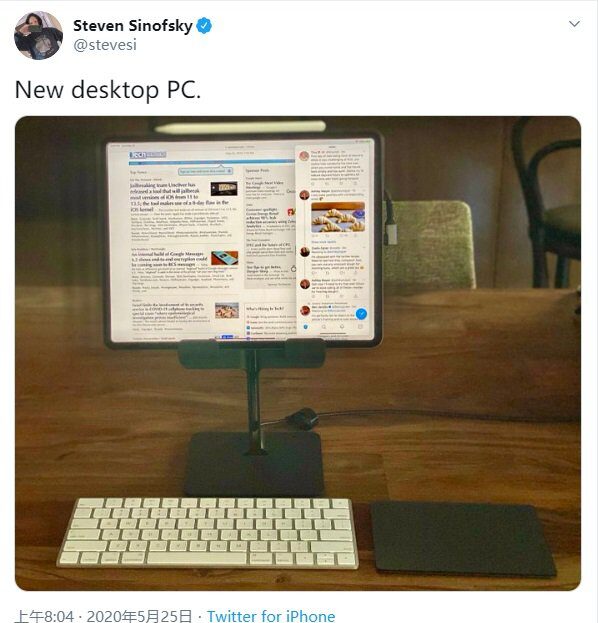 Apple suggests that the iPad Pro tablet is quite close to laptops in terms of functionality, because the tech giant’s portable device outperforms most laptops. While some people do not accept these claims, there are even those who use iPad Pro as a desktop computer.

Steven Sinofsky, former head of Microsoft’s Windows Partition, showed that iPad Pro can be used like a desktop computer. Presenting Windows 8 to users before leaving the company in late 2012, Sinofsky introduced iPad Pro as a new desktop computer in a post on its Twitter account.

“I can’t wait to use it as a second screen for video calls. I bought a Blackmagic ATEM Mini. I will use this as a second video source, and I will add a picture-in-picture experience to the mix.” It’s beautiful! ” gave expressions.

Sinofsky will use the iPad Pro, which it displays as a desktop computer, not as its main computer, but as the second screen. The system also includes Magic Keyboard, trackpad and Apple Pencil, as well as a special stand designed to use iPad Pro like a monitor. When Microsoft released Surface RT in 2012, Apple found the keyboard and tablet combination funny. However, he eventually increased his accessory options.