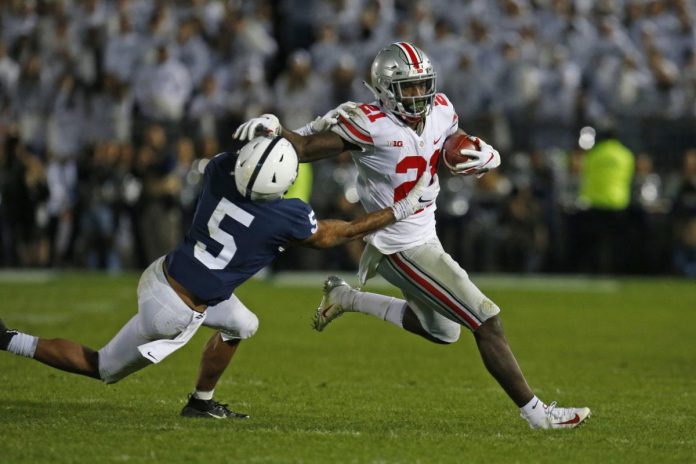 In five years at Ohio State, wide receiver Parris Campbell has won everything: a conference title, numerous personal awards and a national championship. But on the eve of his fourth season with the Indianapolis Colts, he is still giving a rough assessment of his career.

In a recent interview, Campbell admitted that his career did not turn out as he had hoped. He expressed confidence that the situation would change, but admitted that he was used to taking everything for granted, and this had an impact.

“My career so far has not been what I wanted it to be,” Campbell said via The Athletic. “That’s going to change soon… In the past, I don’t want to say that I took things for granted or didn’t appreciate them, but, as now, I appreciate it and the abilities with which I was blessed, much more. . The game was taken away from me three years in a row. I had to stay at home. Going through all this has changed my mindset. I was lucky enough to rehabilitate myself after some serious injuries, from which some guys do not recover. The opportunity I have now is everything. That’s all.”

Due to injuries, Campbell played only 15 games in three seasons. He has 34 receptions for 360 yards and two touchdowns, as well as 50 yards.

At Ohio State, Parris Campbell was one of Urban Meyer’s most explosive playmakers. He has won All-Big Ten awards three times: twice as a return specialist and once as a receiver.

Campbell’s dominance in college earned him the 59th overall pick in the 2019 NFL Draft. But all of his last three seasons ended with the same thing: injured reserve.

Will Parris Campbell finally be able to put it all together and stay healthy in 2022?