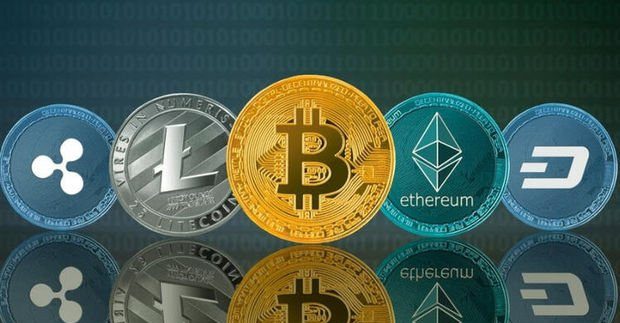 Richard LaTulip, former United States Secret Service agent, cited his experiences. LaTulip, who fought cybercrime for most of his career, also made confessions about cryptocurrency investment. The agent, who worked in the secret service for 22 years, said, “I could be a millionaire” with the crypto money investment opportunities that came across in the post.

Former agent Richard LaTulip, who worked for the United States Secret Service (USSS) for 22 years, shared both the difficulties he faced in his fight against cybercrime and his views on cryptocurrencies. LaTulip, who spent most of his 25-year career mingling with fraudsters and cybercriminals and collecting evidence, talked about the difficulties of his dual life.

He had many opportunities to invest in cryptocurrencies

Richard LaTulip explained that while working on secret missions, he faced various cryptocurrency businesses as well as many different situations. He said he was acting as a buyer to obtain stolen data from some hackers, and he had to use methods other than traditional ways to pay them.

“I could be a crypto money millionaire”

Richard LaTulip said that while Bitcoin and other cryptocurrencies were still in their fairly early stages, he learned a lot of information about cryptocurrencies among computer criminals. The former agent always asked himself, “Where is the real value, where is the money going, which coin should I buy?” He expressed that he was asking such questions and he was not willing to invest.

“Maybe I could buy 20-30 coins, if not a few thousand dollars, but never. There were so many opportunities that I encountered … ”

Stating that many people around him begged him to board the cryptocurrency ship at that time, LaTulip explained that he did not really believe in cryptocurrencies at the time, and he pushed them with the back of his hand.

“Today I’m looking at the record prices of cryptocurrencies and thinking back; I should have boarded that ship. ”

He was working for the government during the day and a cyber criminal at night.

Former agent Richard LaTulip worked in the role of someone claiming to be the recipient of data stolen by hackers from 2005 until about 2009. LaTulip stated that working online as a cyber criminal at night and being a US Secret Service agent during the day is a very difficult lifestyle.

“Unlike what appeared in movies and televisions, there wasn’t just action; I was writing reports, recording evidence, documenting conversations. I had to participate in long talks with USSS representatives. ”

Asked whether he has a list of the five most dangerous cybercriminals, LaTulip said in an interview that there is no such list; He said that he did not keep a scoreboard of the criminals he encountered. Referring to what he encountered throughout his career, the former agent said he saw enough to know that any person can become a highly successful hacker at any given moment.

“Some chose to use their skills to make the internet a safer place for everyone. Others went in a different direction for their own reasons. ”

Stating that he has traveled almost all over the world, LaTulip stated that he believes that all people living in the world are actually good in him. For this reason, the agent said that he did his best to treat everyone equally and show respect to everyone, from his colleagues to the most violent criminals, and added that it was very useful throughout his career.

Cristiano Ronaldo quarantined due to Coronavirus