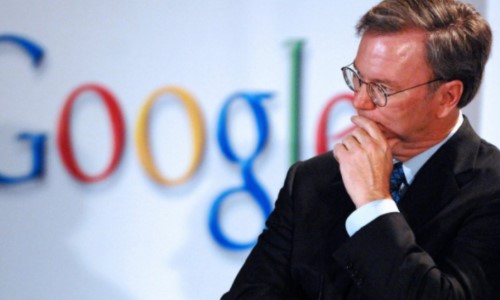 A new one has been added to the manager transfers made by crypto money startups from large companies. With the industry becoming mainstream, experienced and well-known names are taking their place in the crypto money ecosystem. Shortly after the transfer made by OpenSea, Chainlink gave the new good news.

Schmidt, whose personal fortune is in the billions of dollars, has previously called Bitcoin an “extraordinary cryptographic achievement”. The former CEO, who will serve as a Chainlink advisor, is among the wealthiest executives.

Eric Schmidt, who until 2011 was CEO of Google and then executive chairman of the technology company and parent firm Alphabet, joined Oracle solutions provider Chainlink Labs as a strategic advisor.

Schmidt, who is one of the rare managers in terms of experience and technical knowledge, will be an important resource that the company will benefit from in achieving its goals.

“The launch of blockchain and smart contracts showed tremendous potential for the construction of new business models, but it turned out that one of the biggest advantages of blockchain (lack of connectivity with the world outside itself) is also its biggest challenge”.

In addition to his duties at Google and Alphabet, Schmidt was chairman of the Department of Defense’s innovation board and chairman of the National Security Artificial Intelligence Commission, and has served on the boards of Apple, Princeton University, Carnegie Mellon University, and the Mayo Clinic. With a net worth of around $24 billion, Schmidt will be one of the wealthiest people to hold a consulting position at a crypto company.

Earlier this year, Chainlink announced the Cross-Chain Interoperability Protocol (CCIP), which can use the platform’s oracles to “enable users to move digital assets and execute smart contracts between the various chains used throughout the metadata store.” According to the firm, it currently has more than $80 billion locked in smart contracts and applications built on blockchains.

Boardwalkers: These 3 Altcoins Are Up More than 1,000 Percent!