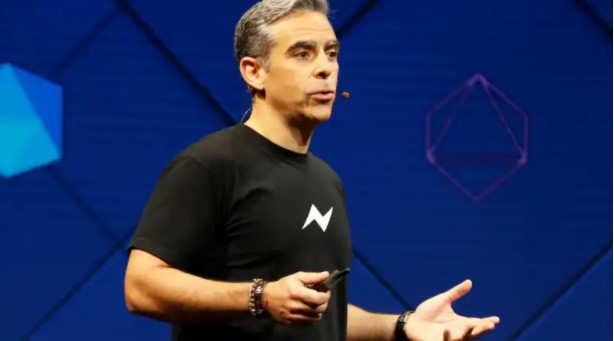 Former Facebook executive David Marcus touched on how persistent giants like Bitcoin, Solana, and Ethereum could be in his recent tweets, where he discussed the future of first-layer blockchains. Marcus discusses how “Ethereum competitors” can take down the leading altcoin project with increasingly faster and cheaper transactions.

According to former Facebook executive David Marcus, co-founder of Diem stablecoin, Bitcoin will continue to be the global leader in the crypto segment for the next 20 years or more. Also, the market value will increase over time with compound interest. This is because Bitcoin functions effectively without being dependent on a particular leader or agency. Marcus says:

With its compounding relevance growing over time, it’s clear that in over 20 years, Bitcoin will be the only asset and layer one blockchains will still be around.

While David Marcus is confident of the additional benefits that will be reaped by other crypto platforms, he cannot pinpoint the leading altcoin project that could maintain second place in the crypto market in over 20 years. While the current problems with scalability and the transition to Ethereum 2.0 do not spur experts to confirm its future dominance in the industry, Ethereum’s position appears to be strongest in the short term. Marcus believes Solana has significant potential to strengthen its position in the market through its latest innovations and effective use of PoS algorithms:

The latter for different use cases is yet to be determined. Ethereum is leading for now, but Solana and others are following them.

Which altcoin project is ready to topple Ethereum?

Considering the integration of crypto and traditional financial markets globally, the increased adoption of Bitcoin and other cryptocurrencies seems inevitable. At the same time, the relative roles and changes in adoption rates between altcoins can be quite pronounced. Future market dynamics in this segment largely depend on the following factors:

Development patterns of the DeFi market

Currently, Solana has several significant advantages over Ethereum in terms of higher scalability, environmental friendliness and lower costs. The transition to the Ethereum consensus layer with the adoption of the proof-of-stake mechanism could allow it to overcome many of the existing issues. Other crypto platforms, including Polkadot and Cardano, can also actively exploit emerging opportunities in this space. Smart contracts may also integrate better with traditional financial and economic services in the corporate world in the coming years.

Giant SHIB Whale Bought: You Have These Coins In Your Cart!