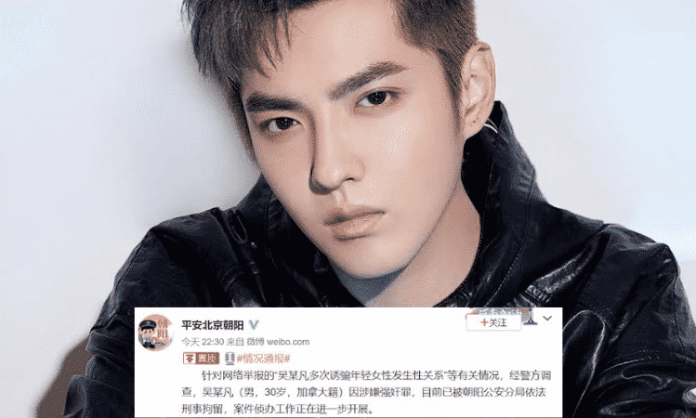 On July 8, Du Meizhu made several posts on Weibo, claiming she was induced to attend a drinking party at Kris Wu’s house. Wu’s then-manager claimed it was for the female lead role in an upcoming music video, which eventually led to her having sex with Wu while she was drunk. She also revealed that several victims had contacted her, claiming to have similar experiences with Kris.

If there were such actions, don’t worry, I will go to jail myself !! I take legal responsibility for my words above!!

Chinese police revealed the results of their initial investigation on July 22, detailing the deception, blackmail, and extortion involved. They have already posted an update on the subject:

What can happen to Kris under Chinese law: Can Kris Wu be sentenced to prison terms and even death sentences after child abuse charges?

The case is still pending resolution.

“Thor: Love and Thunder” is one of the most expensive Marvel...