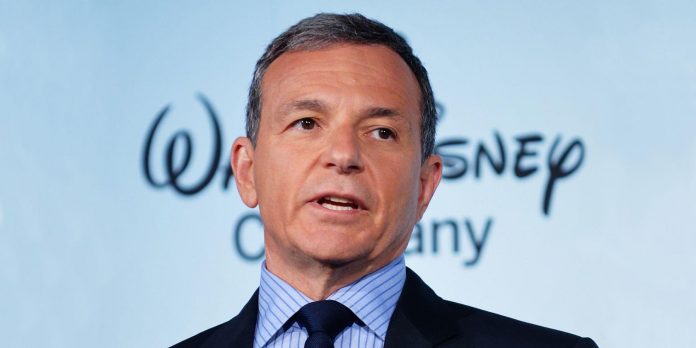 Former Disney CEO Bob Iger said he has the same feelings as Elon Musk about Twitter. Rumors that the founder of SpaceX plans to acquire a social media platform have been going around for a long time, and in April 2022 it was announced that Elon Musk would officially buy Twitter for about $ 44 billion. There were people both for and against the acquisition, and others were indifferent, but in any case it would be a significant event.

However, after the CEO of Tesla shared his concerns about fake accounts, Musk refused to buy Twitter. Although the social media platform claims that bots make up less than 5% of the total number of users of the site, which is estimated at 329 million, Musk and many others doubt the accuracy of this figure. By July, when Twitter still could not provide convincing evidence of its claims about spam accounts, the entrepreneur terminated the unfinished deal.

In a recent interview with Vox, Bob Iger, who served as CEO of The Walt Disney Company from 2005 to 2020, said that Disney at one time also considered buying Twitter. The boards of directors of the two companies even agreed to the acquisition, but the deal eventually fell through for various reasons. Although the number of fake accounts was not named as one of the decisive factors, according to Iger, “[we] have studied all Twitter users very carefully… [we] appreciated at that point with some help from Twitter that a significant portion—not the majority—were not real.”

Ironically, Twitter initially opposed the acquisition of Musk and came up with a “poison pill” plan for intervention that would allow specific shareholders to buy shares of the company at a discount or even purchase them for free. This is a tactic used by companies to prevent a hostile takeover. However, as soon as the deal fell through, the social network also opposed the move, and the trial between Musk and Twitter is due to begin in October.

While many people seemed generally uninterested in the possibility of a Twitter ownership change, others expressed concern that the business mogul might make unwanted changes to the platform. There were rumors that Musk planned to charge for some Twitter features, for example, or that he would allow banned controversial figures to return to the platform.

However, the social network itself plans to make changes to the platform. The company has started testing the edit button, a feature that users have been asking for since the site was created. Twitter has also been actively trying to find ways to monetize the site by adding a premium subscription option called Super Follows and a jar of tips. In August 2021, another feature known as Ticketed Spaces was introduced, which allows hosts to charge for access to their Twitter Spaces.

Harry Potter: Daniel Radcliffe reveals which film is his favorite (and...

Tell Me Why, a Free Game For a Limited time on...