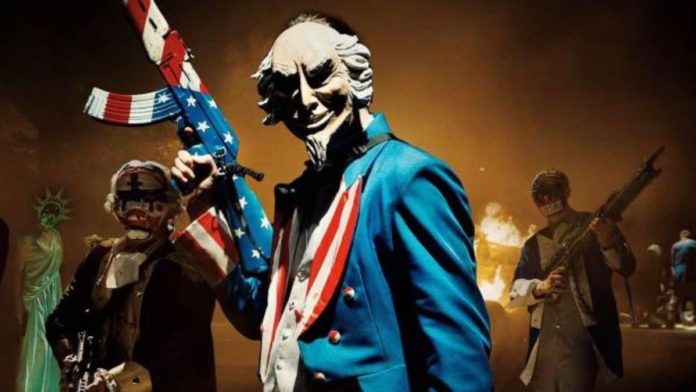 This is the official poster of the famous saga, which returns so that its fans feel more tension and terror.

‘This is not a test. This is an emergency broadcast system announcing the start of the first authorized annual purge ‘Run!

Many film productions had to stop their recordings due to the pandemic that is plaguing the world, others canceled their promotions or postponed the premieres, abiding by strategies to avoid further contagion.

Apparently, in the case of the fifth installment of the terrifying saga of ‘La Purga’ , the production had enough time to record each of the scenes in the film , where a dystopian world is narrated .

These films tell the adventures of American citizens , such as for 24 hours, once a year, they have the opportunity to take out all their anger, hatred and frustration, with other people, through a system where the crimes carried out in this lapse will not have any type of punishment.

Some of the things that are known about this fifth film , is that the director is the Mexican, Everardo Gout , and he will have James DeMonaco as a screenwriter, who has worked on the first 3 installments of this Universal Pictures content and rumors suggest that this would be the last part of the saga .

Although some people believe that this cinematic universe follows the line of ‘The night of the beasts’ , the official name of this next premiere has been advanced , ‘The Forever Purge ‘, leaving with more questions about the synopsis of this film , which is planned to be released on July 10, 2020.

For updates stay tuned to our news.

Cryptocurrency Statement from the US Treasury Secretary

RM and Suga pose for FILA and FESTA 2020