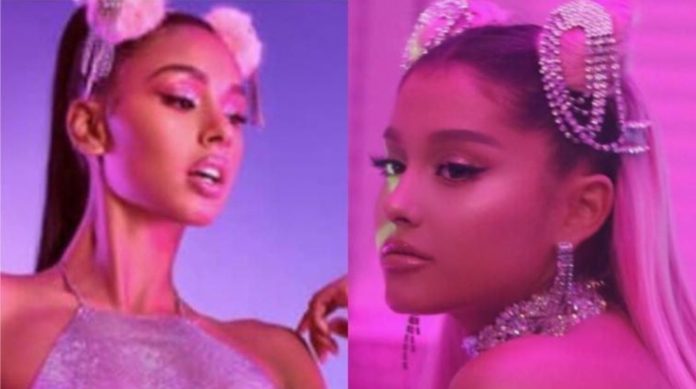 A couple of months ago, Ariana Grande sued the youth clothing brand, Forever 21 for a millionaire sum, the reasons were because they used their image for a campaign, which Ariana Grande did not accept from the start.

Forever 21 released it, using a model very similar to the singer and clothes similar to the one Ari wears in her music video, “7 Rings”. Apparently, the company did not keep his arms crossed, and he returned the blow to Grande in a very peculiar way.

The company has launched for sale, a sweatshirt in which you can read “Don´t Call Me Angel”, the latest success of Ariana by Miley Cyrus and Lana del Rey. According to the reports of the portals, Business Insider and The Pop Up, this garment came out a few days after the lawsuit filed by Ari.

The garment is now available on the brand’s website, at a cost of $ 439 pesos. A black design, with a print in front of an angel making the sign of silence and the title of the song that will be part of the soundtrack of “Charlie’s Angels”.

Some Ariana Grande fans have accused Forever 21 of making fun of her idol, while others believe they have taken the lawsuit with a bit of humor. LOL!