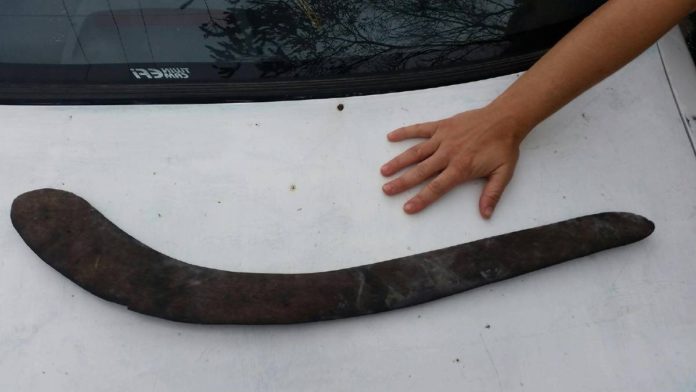 The forest fires that have been going on for months in Australia are still not completely extinguished. Ongoing forest fires, on the one hand, cause great damage to nature, on the other hand, provide historical artifacts.

Australia has been battling forest fires for months. Forest fires could not be completely extinguished. Although the rain that started in the past days caused one-third of the forest fires to go out, the fire continues to a large extent.

The forest fire, which spreads over a very large area, causes great damage to nature on the one hand, and on the other hand, it provides new information about the history of Australia. The residents who left their homes in Cobargo during the forest fire found a stone-carved boomerang in the stream bed next to their home after the fire was extinguished.

The age of the stone-carved boomeran in Cobargo has not been determined yet. After the carbon tests, the age of the boomeran will be revealed. The boomerang, which may have been thousands of years old, is mostly preserved as it may have remained in a marshy area before it drifted into the stream bed. Thanks to the boomerang found, new information about Australian natives can be revealed.

The stone-carved boomerang in Cobargo is not the first historical artifact that emerged after a forest fire. A 6600-year-old aquaculture system was introduced in the Budj Bim Cultural District, where forest fire was extinguished. Some of Budj Bim, which is designated as a World Heritage Site by UNESCO, was also exposed by fire.