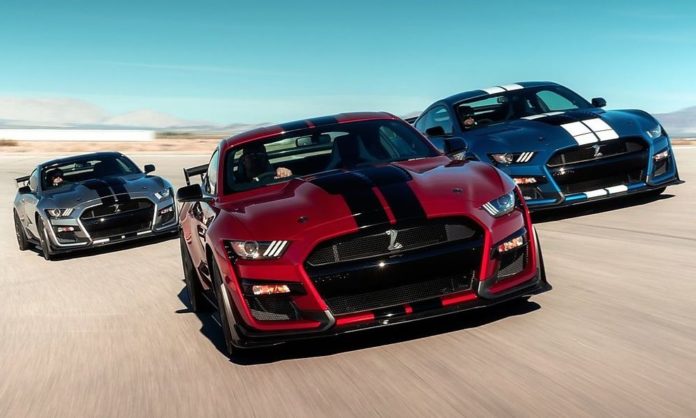 The Drag Times put the Ford Mustang Shelby GT500 and Ford GT model cars into a drag race. The results of this race with two monster cars are quite interesting. In addition, thanks to the published video, we get the chance to examine the designs of the vehicles closely.

The first examples of the Ford Mustang Shelby GT500 car were displayed in galleries and used by the lucky owners on the road. To put this powerful car into a performance test, the Drag Times decided to organize a drag race between two Ford Mustang Shelby G50 vehicles and Ford GT super cars.

Drag Times, instead of organizing the drag race on special tracks, has chosen a region with very low traffic flow. The black SUV that appears in the video appears to be positioned to inform the racers of the traffic flow and to ensure safety.

One of the two GT500 models used in the race is a stock vehicle and is only a few days away from meeting the user. But the GT500 model has a weak point. Although there is no problem with the first take-off of the car, after a while instantaneous power cuts occur in the traction control system. The fact that the traction control system cannot be turned off during the take-off of the car makes things even more difficult. However, it is thought that the vehicle will not have any problems in a drag race which is planned and prepared in advance.

For our readers who want to read the news before watching the video, we will not be annoyed by saying the result of this drag race between Mustang and GT. But the results can be said to be quite surprising. One of the Mustang vehicles has been modified, albeit small. But even with these changes, the Mustang cannot keep up with the GT’s take-off speed, but then makes a huge effort to gain speed and reverse things.

In addition, in the drag racing video published, it is possible to examine the interior structures and speedometer designs in detail. In addition, cameras placed in various areas makes you feel as if you are in the race.

What do you think about this race? Were you surprised by the results?