Home Tech Ford Mustang 2022 is dressed as a police vehicle! 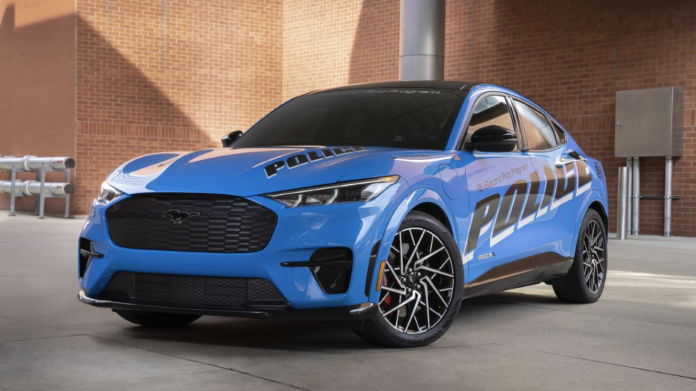 Ford Mustang 2022, which adorns the dreams of automobile enthusiasts, will be evaluated beyond its purpose in our dreams.

Ford Mustang 2022, which adorns the dreams of many car enthusiasts, was used for a purpose a little different from what we imagined. We didn’t take it seriously when Ford said that it was working on a variant of this myth to be used as a police vehicle before. However, Ford seems serious about this, because real images from the vehicle have been published.

The UK is a major center for automobile production. The country, which has close relations with the manufacturers, enters into a cooperation with Ford. Images of the Mach-E Police Interceptor model, which will be used as a team vehicle of the legendary Ford Mustang, were shared. This created design was sent to the state authorities and may take different forms according to the feedback received.

We’ve seen the Mustang makeover as a police vehicle before. However, unlike those designs, the word “Police” was added on the blue paint. The new Ford Mustang, an electric vehicle, recharges at police stations, saving time for cops who are not close to the gas station.

It’s not the first time Ford has served the police in the UK, so far the Ford Explorer has managed to be a good police car. It is not known how much the Mustang can replace the Explorer, which is still frequently used by the police teams, but it is sure to be a good alternative.

Unfortunately, Ford did not mention any adjustments to the Mustang, which the police will use. However, if we say that there will be a 480 horsepower engine and that it can accelerate to 100 km / h in 4 seconds, it would be a high claim to be true.