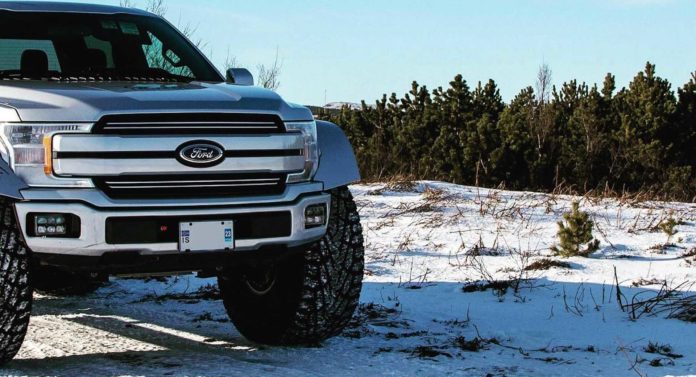 Arctic Trucks, which we have seen many modifications before, came up with Ford’s legendary F-150 series modification this time. Ford F-150 designed by the company can continue on its way even in the harshest conditions of Iceland.

We have seen many good models in terms of appearance in the pickup sector, where the father and the toughest looking products of the automobile industry are produced. But one of the most prominent automobile manufacturers in this regard was Ford. The company succeeded in gathering the admiration of those who love these kinds of vehicles with their giant and aggressive pickups.

Although Ford managed to garner acclaim with its pickups, especially with the exception of the latest model, something was missing in the F-150 series. Although the vehicle was huge, it could somehow not create that aggressive look. Of course, although the 2020 model F-150 changed this very well, older models had this problem. Here’s a modified, made by a famous company, gave a new dimension to the old model F-150.

Ford F-150 transformed into a monster with a modification:
Icelandic Arctic Trucks, which previously made its name known with Toyota Hilux, Volkswagen Amarok and Land Cruiser, this time handled Ford’s F-150. The Ford F-150, modified by the company, is designed to keep Iceland going on its way even in the harshest conditions of Iceland.

Arctic Trucks, which has undergone a Ford F-150 pickup for the first time ever, can be said to have done this in the best possible way. Sharing through official Facebook pages, the company has transformed the wheels of the Ford F-150 into 44-inch giant wheels.

The beast prepared by Arctic Trucks is seated on 44-inch Nokian tires with the Nokian Polar Expedition tread. Although detailed information about the vehicle has not been shared, this monster uses Ford’s 3.5-liter twin-turbo EcoBoost V6 engine.

So what kind of difficulties can the Ford F-150, modified by the famous company, cope with? Emil Grimsson, CEO of Arctic Trucks, shared the video below saying that he spent 2 weeks in Iceland with this vehicle. As can be seen in the video, this monster continues on its way despite every obstacle.