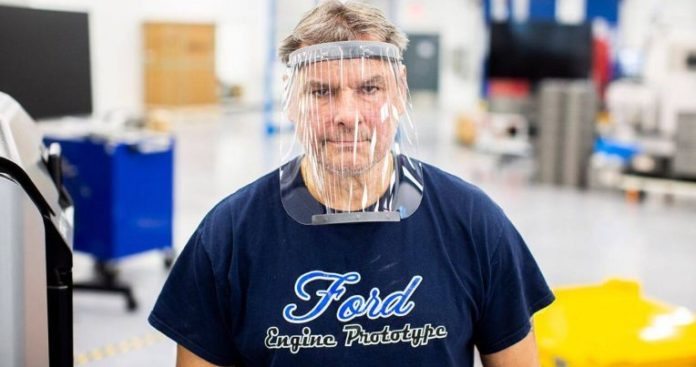 Ford, one of the most established automotive manufacturers in the world, designed an electric air purifier and mask to support the American government fighting the coronavirus outbreak. The brand, which uses the seat cooling fans in the F-150 vans, produces some parts using 3D printing technologies.

Many of the major American automakers and many other companies have put their hands under the stone to help produce the equipment needed during the coronavirus outbreak, such as air purifiers and respirators.

The Washington government has urged automakers such as Ford and General Motors to produce medical equipment, such as breathing apparatus, to help combat the COVID-19. Tesla CEO Musk stated in his new post on his Twitter account that they could produce respirators if needed.

After the rapid increase in the number of cases in the USA, Ford started to design an electric air cleaner and mask. The company is redesigning squirrel cage fans used for seat cooling in F-150 vans to clean air with filters and transfer it to the hose of the main machine. To operate the fan, a modest power supply such as 12V is required.

Ford also uses 3D printing technologies to make plastic parts for hoods and filter units. The electric air cleaner made by the American car manufacturer brings to mind the device that filters carbon dioxide in the film Apollo 13. The American car manufacturer, which has signed a fascinating engineering and design solution, has already gained great appreciation with this effort.

Redmi game phone: will introduce before the end of April